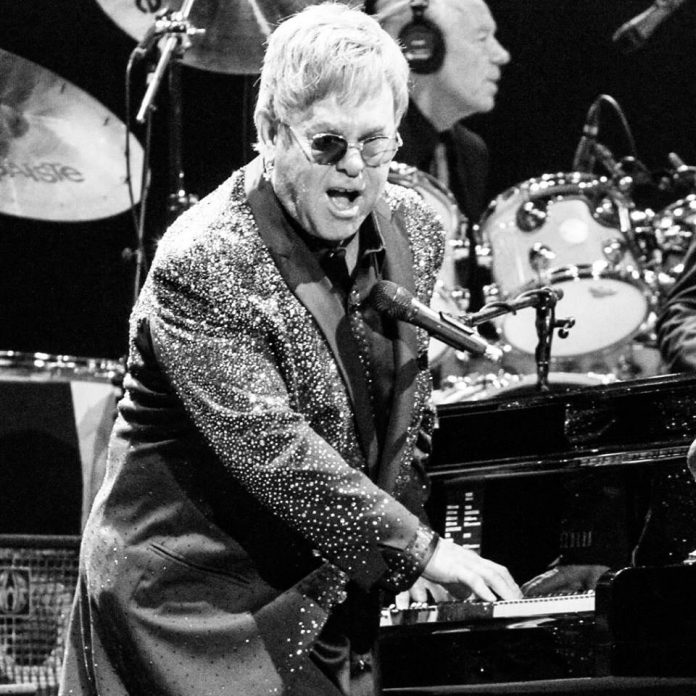 When the greatest entertainers of our time tour the world, you want to be quick to snap up tickets. They sell out within minutes and with good reason. Elton John played Rod Laver Arena in Melbourne last week.

Having never experienced an Elton John concert before, I was not sure what to expect. A number of spangly costume changes? Some keyboard acrobatics, perhaps?

The tour’s name was somewhat of a give-away; ‘All The Hits‘, a guarantee that with such a prolific and eclectic artist I was in for a great night… I was not disappointed.

For over two hours the crowd was taken on a journey through some of Elton’s most memorable songs.

Arriving on stage looking resplendent in a glittering blue jacket and matching shirt, Sir Elton took his seat center stage behind his grand piano. Opening with the first three tracks, Funeral for a Friend, Love Lies Bleeding, and Candle in the Wind from the iconic Yellow Brick Road album, it was obvious to the packed Rod Laver Arena that after 42 years, these songs still stand the test of time.

There were no costume changes, no over-the-top keyboard antics – just an amazing performance from an amazing musician and his band. Nigel Olsson, part of Elton’s original three-piece band still back-bones the show with his drums, accompanied by musical director Davey Johnstone on guitar, Matt Bissonette on bass, John Mahon on percussion, and Kim Bullard on keyboards, this is a band that truly enjoy what they do.

Singing classic pop hits like I’m Still Standing, Philadephia Freedom, and the crowd pleasing Saturday Night’s Alright For Fighting, Sir Elton kept the audience dancing in the aisles, while his moving ballads Daniel and Your Song were sung with just as much passion and commitment as they ever were. The sheer volume and diversity in his catalogue of hits and the singer’s hard-to-outshine persona showed that this show had something for everyone.

Sir Elton generously spent time shaking fans hands and signing autographs for the happy crowd before launching into the encore which turned the arena into the biggest party of the year. Crocodile Rock had the crowd dancing in the aisles and was the only way to complete a night celebrating the man and the music. Sir Elton John proved once more that his iconic form of  showmanship is amongst the greatest that has been on display in the last fifty years.

In an industry where entertainers come and go in what seems like a forever-revolving door, Sir Elton remains one of the most enduring artists of our time and seeing him perform live only concretes the reason why for me.

Sir Elton continues his Australian tour in Sydney tomorrow night & Saturday night before flying to Las Vegas for a month-long string of shows at Caesars palace.