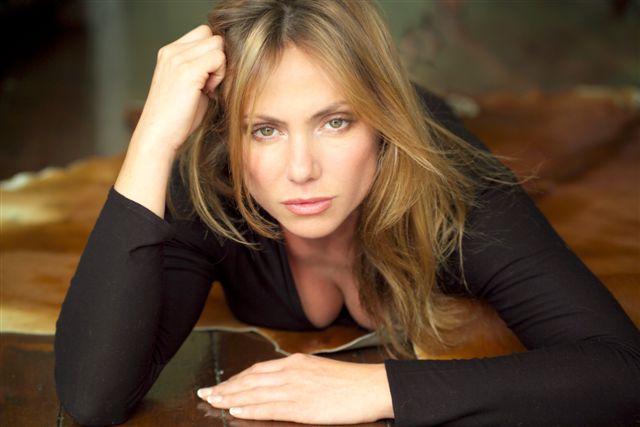 Working in a music store can have its perks; it could be free Cd’s, listening parties, exclusive showcases and most importantly FREE concert tickets.

This brings me back to the year 2000 and I was invited to watch Tina Cousins perform at the Metro nightclub in Melbourne.  This I could not miss.

Tina was huge at this time; Mysterious Times by Sash was playing everywhere and a huge hit in the clubs. Tina herself making a name in her own right having released  Killin Time in 1997.

As a friend of mind worked for her record company, I was invited back stage to meet Tina, I was nervous and excited at the same time. I sat down with Tina and we spoke and spoke and spoke.

Forward 16 years later and I now have again the opportunity to talk to Tina, this time regarding her upcoming  tour alongside The Vengaboys and Whigfield just to name a few.

How is Tina and what have you been up to today?

Well today I have been very good I go up at the crack of dawn and went for a run, I am seriously trying to get my butt back in shape, so when heels go on, on the first evening it’s going to be a good one. I’m really excited to be honest.

I can’t begin to tell you Australia is like my second home at one stage, I seriously needed a postcode, I can’t wait, really can’t wait, I’m actually catching up with friends when I’m there so I’m really excited.

And you have been to Australia quite a few times, how many times would that be now Tina?

Must be over 10 mark by now, I remember when I first came over to Oz, obviously for me it was over the other side of the world, I had no idea what to expect, and  the welcome I got was unbelievable, pinching myself to a point, I couldn’t believe it.

I remember Forever was out at the time and I can remember being in the car, turning the radio over from one station to the next and it was playing on both and I was so excited I couldn’t believe it.

It’s that first time when you walk out on stage and the crowd knows the words, that when you think the girl’s done good.

Let’s Talk about the tour! Yourself, Vengaboys, Whigfield, Crystal Waters, Sonique and Joanne? What an amazing line up, how do you feel about that?

Good, absolutely amazed to be honest, when the idea came up, I jumped, it’s one of those shows its quite iconic, its old stuff, new stuff and a whole little package. I reckon if I wasn’t on ti I would have bought tickets myself.

Some of the girls and guys are just fantastic; the good thing about it is meeting up with everybody. A lot of the artist you see touring around clubs with everybody. It would be quite nice to see a few new faces and the old, not only that I think the buzz on stage is going to be pretty good, we are all up for it. I think when everyone is together, there is a little bond. Is actually quite sad when everything finishes and you have to say goodbye.

Will you be performing any new material on tour?

Yeah I have been working on new stuff, the only problem you have, there are quite a few of us performing, so you only have a certain amount of time, there are so many things though I wish I could do if only it was unlimited. I am actually going to come back in march next year and that will be the reboot of the new stuff so keep your eye out for that one.

Probably Wonderful Wonderful Life I like to perform the most..

1998 was your breakout year with Mysterious Times with Sash, what was this time like?

That was the song that broke it. Killing time was already out and that was the reason why I got to sing and do the check anyway. Sash actually heard the song in Sweden and really like the vocal on it and asked and to try and get hold of me. It wasn’t like I definitely had it. I went over and sung it I was on tenterhooks to see if I actually got it. It was difficult because the German/English trying to translate bits and pieces was interesting; they changed a couple of bits. When I heard it played back, I was so excited I couldn’t believe it and it came in at Number 2 in the UK.

Is there anything you would have done back in the day compared to now differently?

I know everyone says they look back and wouldn’t change a thing, you are so in awe of the fact that you have a record deal that some little things you let slide and some people do take advantage its  a dog eat dog business.  Having the right people in place. Make sure there is someone by your side who looks out for you.