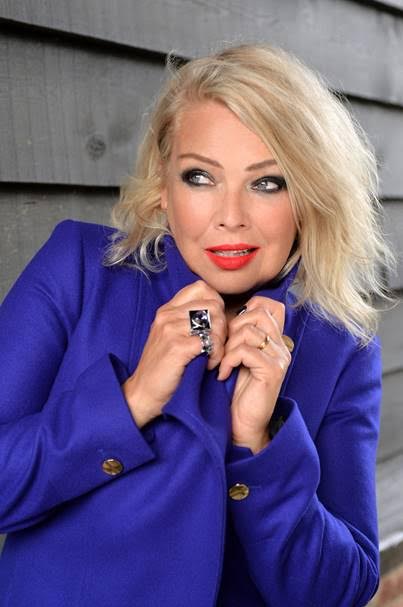 Steve was fortunate to speak with 80′ Pop Superstar Kim Wilde!!!

Good Morning Kim.. How are you? How is Kim travelling this morning?

I’m good. I was at work today doing a bit of radio.. I’m away on Saturday for a couple of weeks to France for two week with my family.. Its been pretty busy lots of festivals.. Lots of 80’s stuff. Its been a busy old time so I’m ready for a break!

You have toured Australia, last year with Nik Kershaw and this year with Howard Jones.. Would you say it’s a love affair with Australia?

Certainly.. yeah.. First time I came I was 13. I came over with my dad Marty Wells he was doing some gigs in Sydney and I fell in love with Australia then. I never really travelled that much at that age. We hadn’t been out of the country and all of a sudden I found myself in Sydney with my mum at Bondi  rubbing sunscreen on my back.. The Sydney Opera house had just been completed and that was back in 1973, we went to see that, overwhelmed by it all. There was a big fairground there, it seemed like GODSLAND.

I came back in the 80’s for shows that were around then, Saturday Morning, Hey Hey It’s Saturday and stuff like that , hanging out a little bit with Molly Meldrum and I’ve been backpacking around Australia a little bit in 1994 with a friend of mine, we got up to a lot of mischief and fantastic adventures including drinking wine in beautiful wineries and going to the Barrier Reef.

I’ve had lots and lots of adventures in Australia, cant wait to get back!

Would you ever make the move to Australia?

I don’t think so, my family are here, you know what it’s like, my kids both live here, but I would love to certainly send more time in Australia

I want to speak to you about your breakout hit Kids In America which was released 35 years ago, How have you survived so long in the industry?

Well, I’ve got a great team, I have a great manager, my brother who is the MD of my band who’s coming to Australia with me, he’s always there with a great tune and alot of motivation and inspiration and I have a great husband of 20 years, he has been the proverbial rock, so you know I feel like a little boat bobbing around on this big sea of support. The public still keep coming to support me and see me and its amazing when you are on stage at my age and see them react the way they do.

Which is your favourite song do you like to perform live?

That’s a hard question, you know it changes from time to time of course, I usually say “You Came”. That’s the song that was written for the arrival of a baby.

You supported Michael Jackson on his ’88” Bad Tour. What was it like to work with Michael?

No, we didn’t really have much contact even during the tour, he was immensely quiet man.

I’ve have heard a rumor you are working on a new album! Is this true?

Yeah, we have been working and writing it for the last couple of years on and off in between commitment’s work and family, as well as the day to day life. Yes we are still working on it. I am very excited about the song’s on it. Still really inspired by music, wanting to write it and sing it. I love singing live, I enjoyed that more and more as my career has gone on.

Being in the industry for so long, what is the biggest change you have seen in the music industry?

Well of course the internet, that has been amazing, it’s really strange, it seem’s impossible to think about life before this stuff, that has been a massive change, to be able to buy a tune at the tap of a finger and not have to go to a record shop and buy some vinyl, I kind of miss that. I’ve always liked  being able to hold what I buy, I have always been suspicious of something that just get’s put on my phone.

Well we have a really busy schedule, we are doing a gig every night that we are there, except for two days, and those two days I hope we are near a beach so we can make the most of the sunshine. Its winter here in the UK in November. I have seen a lot of Australia and I know I will see more in years to come!