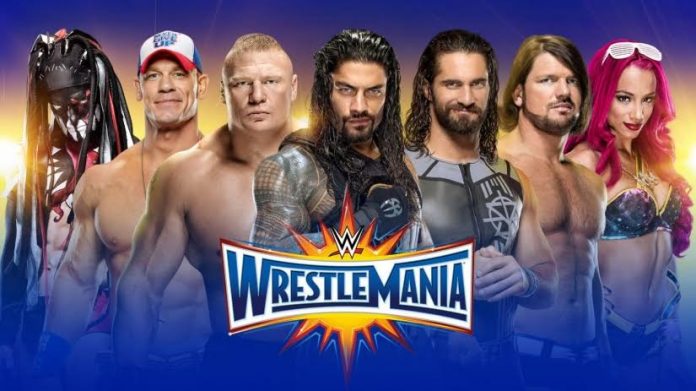 Wrestlemania 33 -What we know so far

With less than 3 weeks to go until the world is once again witness to the biggest sports entertainment spectacular that is Wrestlemania 33?

Set in Orlando Florida to a sell out crowd, WWE superstars will take to the wrestling ring and do what they do best- ENTERTAIN. 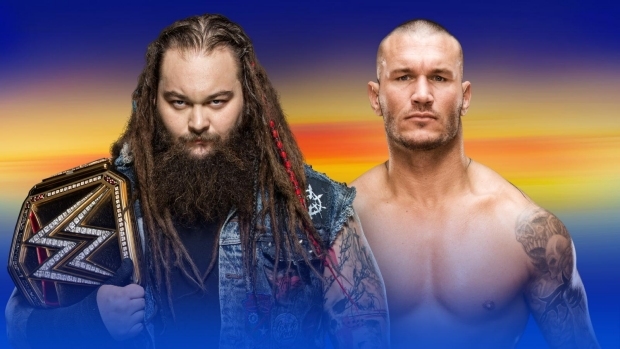 What we know so far is that the WWE championship is up for grabs after Randy Orton defeated AJ Styles as the number one contender to take on Bray Wyatt. After an episode on Smackdown where Orton burns down the compound where Sister Abigail lay, Wyatt pledged to get revenge.

In what is staged to be the Battle Of The Giants, Brock Lesnar will face Universal Champion Bill Goldberg. In a recent episode of Raw as Goldberg was speaking to the crowd, Lesnar entered the ring with manager Paul Heyman, after a long stare down, Lesnar picking up Goldberg and delivering his signature move – The F5.

Rivalry between missing in action Seth Rollins and WWE Executive Vice President Triple H has been gaining momentum in the past weeks. Having been betrayed during a match to crown the new Universal Champion, Triple H pedigreed Rollins allowing Kevin Owens to win the title. Rollins has since been calling out Triple H only to have his henchman Samoa Joe damaged his leg, which may force him to miss Wrestlemania 33.

Will the battle of the mega couples take place. The Miz and Maryse Vs John Cena and Nikki. The Miz week after week claiming John Cena owns the WWE and gets what ever he wants. Rumoured to be Nikki’s final match before retirement, will she finish on top.

Kevin Owens could possibly face off against former best friend Chris Jericho. The two have been buddies since Summerslam. Recently Jericho’s big mouth got Owens a title match with Goldberg, causing to hand over the title. This will be a grudge match not to be missed.

Dean Ambrose and Baron Corbin will lock up, during Elimination Chamber, Corbin targeted Ambrose, and more recently on the latest episode of Smackdown, Corbin attacked and pinned Ambrose under a forklift before WWE Referees intervened.

In the biggest news of all AJ Styles, will he wont he? After losing to the Viper Randy Orton for the chance to take on Bray Wyatt for the WWE Championship, he immediately to aim at the Commissioner Shane McMahon. Entering the arena Aj unloading with a vicious attack on Shane throwing head through a car’s glass window leaving blood streaming down the Commissioners face.

Shane declaring he was ok refusing medical treatment and continued with the show. AJ however, leaving the Arena running into General Manager Daniel Bryan, giving him his marching orders and demanding he leave saying “ You’re Fired”