Switzerland is the home of romantic alps, idyllic views and beautiful people. It is also home to a number of the worlds’ most famous sportspeople. Roger Federer, Martina Hingis and Stan Wawrinka are to name a few. These people are some of the most recognizable Swiss stars for their achievement in the world of professional tennis. There is also one man, one Swiss man in fact, who is making his name in the world of professional wrestling by joining the greatest sports entertainment company in the world, the WWE. WWE Superstar Cesaro has been a fan of wrestling since very young age, by watching wrestling on TV, citing the Steiner brothers as his favorites. 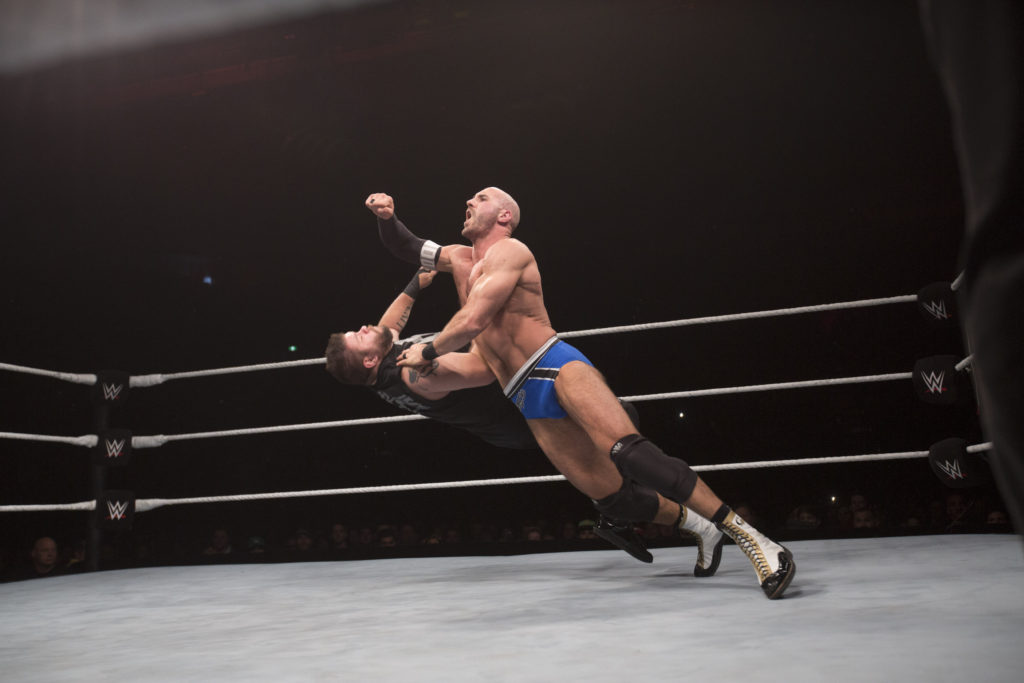 “I saw it on Tv when I was a kid, and like most kids I fell in love with it, it was like a comic that came to life and it was always a dream of mine from early age that I wanted to be a wrestler when I grew up. It was my childhood dream, then I had a chance to train in the wrestling school, I said you know what I’m going to try that, then I had a chance to have a match in the ring and I was like I wanna try that, and I completely fell in love with it”.

Starting his wrestling career in his homeland of Switzerland, Cesaro has worked with many wrestling factions around the world finally settling in the WWE  making his television debut in 2012. It was by chance that Cesaro had the chance to work with the WWE after he entered the US visa lottery in which he was successfully granted a visa so he could begin his American Dream.

For Cesaro working for the greatest sports entertainment company (WWE) hasn’t been easy as obstacles are constant.

“Im still facing obstacles still trying to find certain aspects of my character, I think that the biggest obstacle that everybody faces is to stay current and manage not to get stale. I think I have done a tremendous job of that and to keep the matches and the shows interesting”.

Cesaro and his tag team partner Seamus are the current Tag Team Champions having won the title from WWE veterans The Hardy Boys. Determined to take on all comers they will not give it up that easily. Teamwork is a key and they certainly have a great repertoire.

“Seamus and I had this big rivalry, out of the ring we became friends after that. Our rivalry goes back to when I first started and we have been wrestling almost every year. We get along really well in the ring and we actually started getting along out of the ring, which is like the ‘Odd Couple’”. With no intention of trying to be an individual wrestler Cesaro is happy where he is.

His signature move ‘The Cesaro Swing” (is a move in which his opponents are swung from their legs inside the ring for up to ten time’s) can be classified as his finishing move but does it make him dizzy?

With his bulky stature and patented bandage Cesaro points out that he tore his left rotator cuff which required surgery. The bandage that he wears which stands out when wrestling helps with his posture and to keep his shoulder in place.

With Cesaro’s future looking bright, he looks forward to taking on the best of the best.

“ There are so many wrestler’s that I havent fought yet, Seth Rollins, AJ Styles and Dean Ambrose there a lot of guys that I would love to wrestle. Basically anybody that wants to step up, if they can reach the bar they can step in the ring with me.

Cesaro and other WWE superstars are heading to Australia in September, where they will play 3 live shows.

“Im looking forward to it quite a bit. Australia is always fun, I always have fond memories of Australia,we get to come down once a year, though its very hot I am very excited to spend some time there”.

“Usually it’s just go go go but last time I cam we were able to go to Tooronga Zoo in Sydney last time which was one of the greatest experiences I’ve ever had, things like that make it a lot of fun.

I always try to walk around the city to see the local culture.

Along with Cesaro all your favourite WWE Superstars will be in Australia on the following dates. Tickets available from Ticketek.