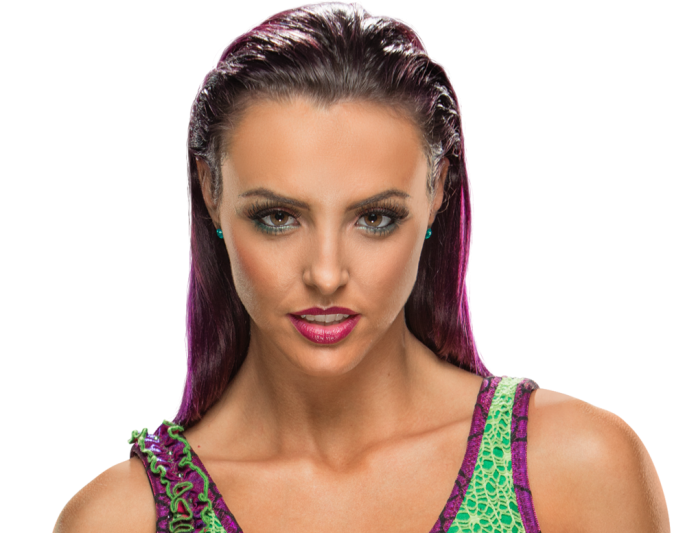 WWE is the World Of Wrestling Entertainment. This juggernaut is host to the best of the best sports entertainment superstars in the world.

Hailing from all corners of the globe, there is a strong contingent of international superstars making their way into the WWE. Australia is no exception, with the likes of Emma, Billie Kay and of course Peyton Royce leading the way for the females.

Live and Loud was fortunate to speak to Peyton Royce ahead of her fatal four-way match on the 19th November.

Growing up in Sydney and moving to Melbourne Peyton has always been fascinated by wrestling.

“My mum used to be a really big fan when she was young, so when I was a kid, she was telling me that she would go down to Channel 9 studios with her best friend and watch the wrestling, then race home to watch it on TV. When we got Foxtel, that was honestly the first thing that was on. She would say this is what I was telling you about (Wrestling) and I was instantly hooked. Instantly! I absolutely loved it and that’s what got me interested in it. When I say I was hooked I was obsessed with it. It just became everything to me.”

” I wanted to be a wrestler since I was 10. I was dancing since I was 3.  A lot of people thought it was a faze and when I didn’t grow out of that faze they realised that I was very serious about it, and it just stuck. I loved it! I wanted to do it for so long that it was just a natural thing to do. My family is super supportive of me an I am very grateful to have them.”

Being obsessed with her passion of wrestling, Peyton seized every opportunity to see her favourite superstars in action when the WWE came to Australia.

“Yes, I used to go to all of them every time they were in town. I would save up all my pocket money and buy a T-Shirt. At the time, I would go with my best friend and my mum would always come. It was something I looked forward to all year. I would count down the days and everyone at school knew what I was waiting for and I loved it.”

Growing up and watching it on TV live, Peyton’s favourite wrestler was Eddie Guerero (who sadly passed away in 2005 from acute heart failure).

“Unfortunately I never got to see him live (Eddie Guerero) which was really disappointing for me. Other than him, it would be Shawn Michaels who was my favourite as I was growing up, and John Cena as well.”

“Shawn is a coach at the performance centre. I see him most days and he is super cool and I’m very intimidated by him, but I’m still such a fan. He helps out with any questions that we have, he has always been very available for us.”

“The biggest thing he has advised me most recently, is that the fans want to see who Peyton is. In every show that we have, just to be who I am and show them who Peyton is”.

Based in Orlando, Peyton is a long way from home. She practices her craft, day in and day out while performing in the NXT program. What is the thing she misses the most?

Having tried out for WWE in 2014 and quickly moved into the NXT program, Peyton has set some goals.

“I would love to be a Women’s Champion. I want to conquer the NXT division of Smackdown Live and Raw. If I really want to get ambitious,  I would really like to be part of Wrestlemania and be inducted into the Hall Of Fame one day. That’s way down the line, but in 2 years I would love to be on the main roster and do my country proud.”

On the 19th of November Peyton will participate in a Fatal Four Way match against the likes of Ember Moon, Kairi Sane and one more competitor who is yet to be announced.

“I’m hoping obviously it’s going to be Billy Kay. That would be amazing, I would love if at War Games it could be the two of us again, and we can fix our game plan from last time,  and walk away NXT women’s champion.”