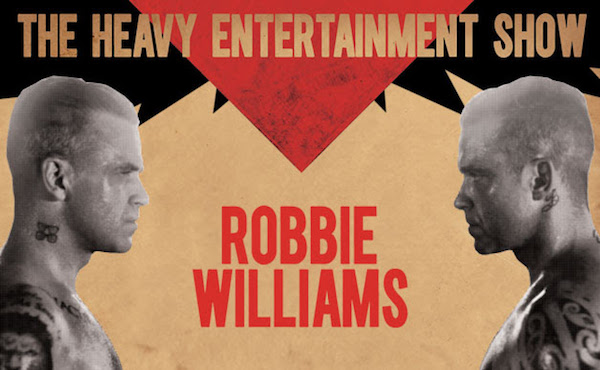 Forget Hugh Jackman, I’ll start by saying Robbie Williams is the greatest showman. Returning to Australia for his Heavy Entertainment Tour, Williams returned to Rod Laver Arena, not having been to Australia since 2015 for his Let Me Entertain You tour.
The ever entertaining, charismatic and hilarious Williams did his thing for 2 hours solid, introducing himself as Mother Fu$%^&& Robbie Williams and introducing the crowd to his cock!!

Williams sang all his classic’s that have made a name for himself, in between songs telling jokes which kept fans in stitches, declaring that the reason he got into the business was because he saw his father Peter who was a singer and comedian perform where he would watch from the sidelines, knowing that he wanted to do the same someday.

Introducing his dad Peter who is currently on this tour with Robbie, the duo belted out a classic tune ‘Sweet Caroline’, which had the crowd singing along.
Williams claims himself to be an extrovert, on stage he is anything but and ensues a loveable persona especially to the females of the crowd.
Its only February but I will call it early, the concert of the year for me by far,thoroughly enjoyed it. 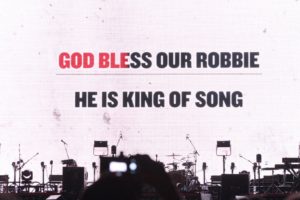 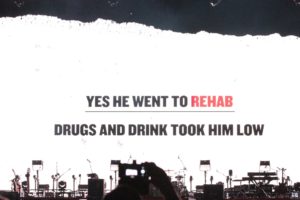 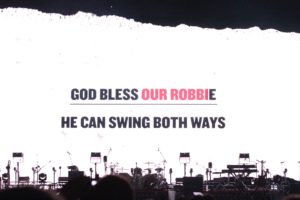 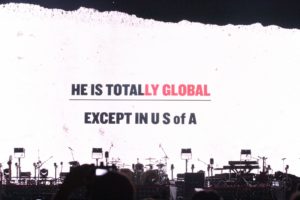 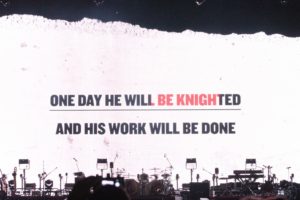 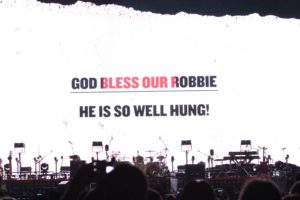 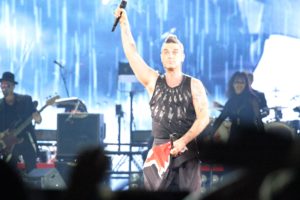 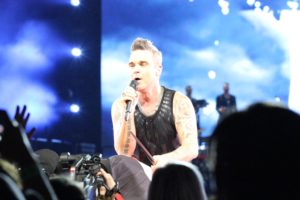 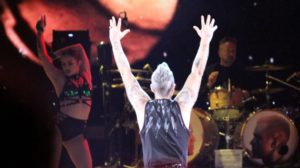 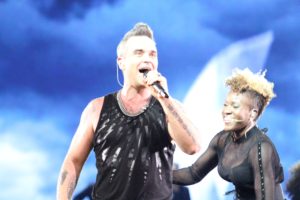 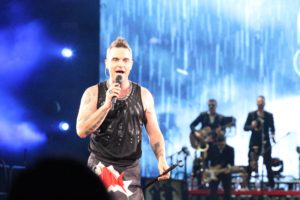 BRUCE DICKINSON “WHAT DOES THIS BUTTON DO” TOUR