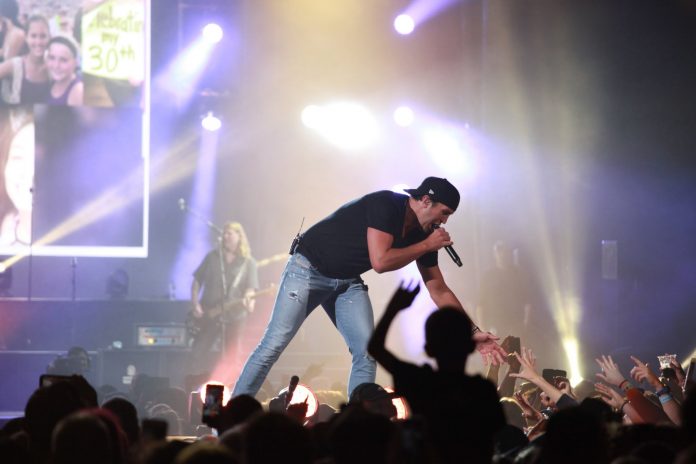 Luke Bryan sure got all his Country Girls (and guys) shaking it for him in his Melbourne concert on Tuesday, the last leg of his very long awaited tour of Australia.

It was hard to fault the country star who brought with him an energy that only a handful of country entertainers possess, performing hit after hit, with the crowd singing along to his amazement.

Getting the infamous ‘shoey’ out of the way at the beginning of the show, the country superstar performed some of his greatest hits, ‘Country Girl (Shake It For Me)’, ‘Crash My Party’ (my personal fave!) and ‘That’s My Kinda Night’ as well as his current single ‘Most People Are Good’.

The man himself thanked the crowd for the love we have for his music as well as the honor it is to travel half way across the world to hear us sing along. And, of course, for helping him and his family have a memorable time in the land down under!

And we can’t forget Dustin Lynch, Bryan’s rock and roll cowboy support act who brought with him a powerful rock star vibe as he pounded onto the stage with a few of his hits ‘Hell of a Night’, ‘Seein’ Red’ and his new records’ hit single ‘Small Town Boy’. He certainly didn’t look like the small town boy from Nashville standing in the packed Rod Laver Arena.

Overall the two country superstars did not disappoint the packed out arena of cowboy hats and boots. It’s been a long time coming to get Luke Bryan to Australia and I’m thankful to the Australian country music society for making it happen. He can definitely play it again and again and again – that is perfectly fine by me! 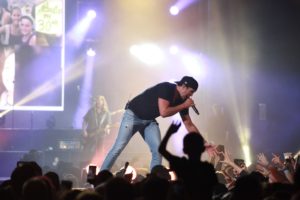 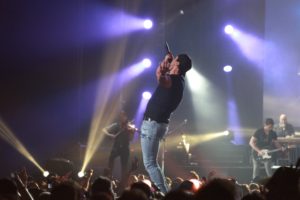 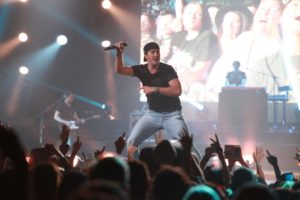 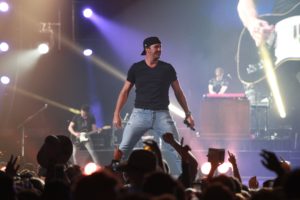 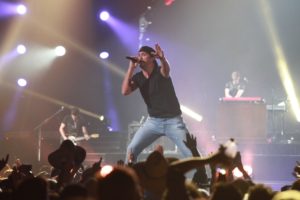 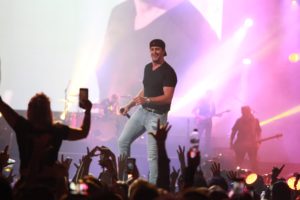 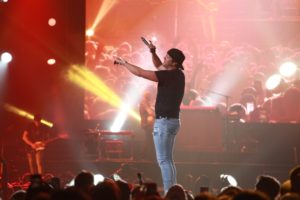