The first-ever Greatest Royal Rumble event truly proved historic, as The Monster Among Men triumphed over 49 other Superstars to win the Greatest Royal Rumble Match, John Cena overcame Triple H, The Undertaker took out Rusev in a Casket Match, and seven titles were contested in explosive fashion. 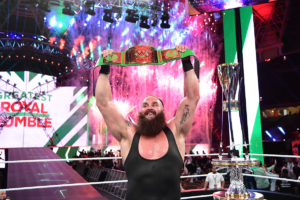