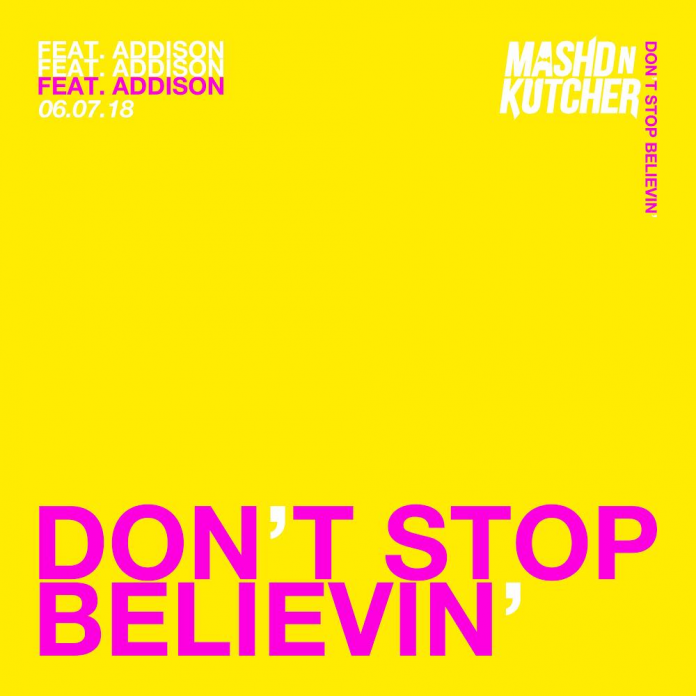 Mashd n Kutcher is back with their new single ‘Don’t Stop Believin’.

Matt and Adam, the boys from Brisbane are the dynamic duo who form Mashd n Kutcher. Having met in in 2014 through friends in their hometown of Brisbane, the boys continue their meteoric rise on all the dance charts with their electrifying tunes.

After sharing the same stage with the likes of Afrojack, Axwell and Ingrosso and Carnage, in this year’s Inaugural ‘Road To Ultra’ 2018

“It was absolutely amazing to share the stage with these guys what an experience. The festival itself it’s great for Australia, its something we have never seen before on this scale”.

Having played all over the world Matt shares his love for Australian crowds.

“We always love playing in Australia, they know how to party whether it be in front of 100 people or at festival in front of 30,000 people Australia will always be our favourite”.

Mashd n Kutcher recently made headlines across social media and mainstream TV channels after they pranked 10,000 German fans when they sampled Australia’s own Frank Walker who is the spokesman for National Tiles.

With their newly released single ‘Don’t Stop Believin’ once again doing positive things on the dance music scene, they have also released a new video to accompany it.

“We have a lot of input in the creative side of the videos we like to be hands on with the production”.

With future success an almost guarantee for these two young lads what is their Ultimate goal.