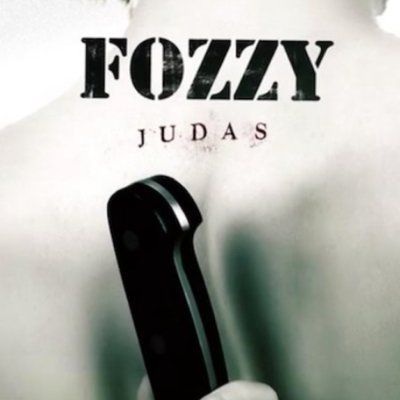 Hot on the back of their Australian Tour Announcement FOZZY have a release a killer new tracks BURN ME OUT taken from their latest album JUDAS.
The band is firing on all cylinders with Rich Ward, one of the most versatile, underrated riffers in rock n roll and Chris Jericho, who’s vocal range and passion for music makes one wonder just how he is able to excel in pretty much everything he does, destroying stages worldwide. Throw in the powerhouse rock solid drumming of Frank Fontsere, the blazing leads of Billy Grey and the genius & energy of returning bassist Paul DiLeo and it’s no surprise that FOZZY has skyrocketed into becoming one of the hottest rock acts in years.

Speaking about the track, guitarist and vocalist Rich Ward says, “Burn Me Out is a sledgehammer riff and a million dollar chorus hook, that married the biggest jump groove since KOOL AND THE GANG‘s Jungle Boogie. It quickly became one of the highlights of our live set and a fan favorite on our 2018 tour, so Burn Me Out was the obvious choice as our next video and focus track. Adopting the theme, ‘There ain’t no party like a FOZZY house party,’ we have captured the essence of Burn Me Out and who we are as a band.”
Vocalist Chris Jericho adds, “four out of five dentists have clarified that Burn Me Out is THE song of the Northern Hemisphere summer (and the one that didn’t likes Justin Bieber, so who cares what he thinks) and this video illustrates that! High energy, filled with multiple hooks and hot chicks…it’s the ultimate House Party and we aren’t talking about Kid N Play!”