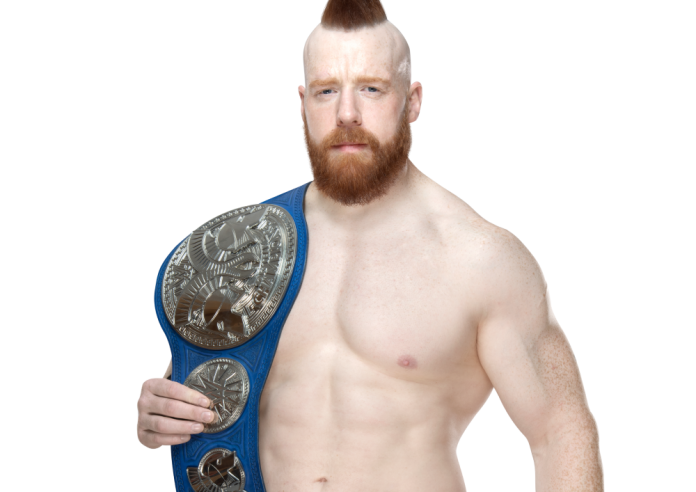 The world of professional wrestling boast’s many talents from all around the world, the Uk, Australia India and Ireland to name a few. One standout who sets the bar would be Sheamus. With his Mohawk style and natural red hair, he certainly stands out from the crowd.

Hailing from Dublin Ireland he joins the ranks of the World Wrestling Entertainment, in 2006 having previously toured with fellow WWE Superstar Drew McIntyre who he shares a close bond with.

It’s a far cry from Sheamus previous job where he worked as security for U2 front man BONO.

Sheamus has made his mark within the WWE winning all but one title which he hopes to grasp in the very near future, that being the Intercontinental Championship.

With his Tag team partner Cesaro they form the tag team The Bar which continues to dominate on the Smackdown brand.

“I definitely do, plenty people talk of the Universal, it would be great to win that. I won the title on both rounds. It’s the intercontinental title that I have. It’s one of the reasons I became a wrestler in the first place. I imagined that I was a champion when I was a kid, but it wasn’t with WWE. So yes, it’s definitely on the bucket list and yes it’s definitely one that I would love to get before I retire”.

On January 26th at Chase field in Phoenix Arizona Sheamus and his Tag Team Partner Cesaro will defend their titles against The Miz and Shane McMahon who is of course the son of WWE chairman Vince McMahon. The McMahon family announced in December that all decision will be made by the McMahon family for both Smackdown and Raw brands. We asked Cesaro if this may affect the outcome of the match?

“I really don’t know, I’ve never been in the ring with Shane McMahon before, I saw him before I became a WWE superstar and he was always putting his body on the line, he was taking mental risks for something that he loved. I’m excited to get in the ring with Shane and see what he has got, it’s a new challenge for us and new fresh match for people that haven’t seen him. It’s very intriguing for the Miz and Shane and their dynamic. At the end of the day I’m going to get in the ring with those two, it will be step in step out, we won’t be pulling any punches mate we will be putting some extra skin on them”.

Sheamus was the winner of the Royal Rumble in 2011 in which he took out the title as the last man standing in the ring. What advice does he have for this year’s entrants?