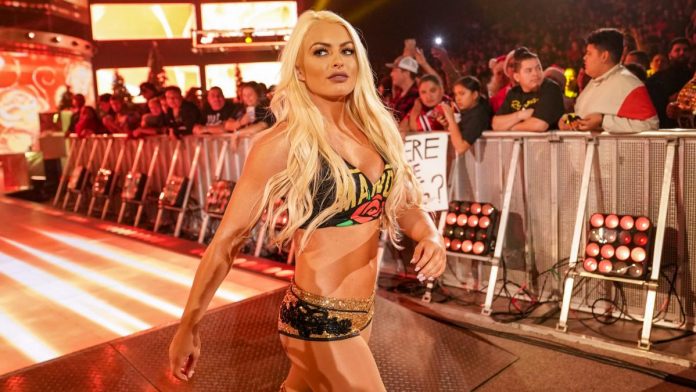 Mandy Rose is your all American blue eyed beauty, a stunning woman with a figure to match, someone who should be gracing the modelling catwalks.

Instead you’ll find Rose belting it out in the squared circle with the best of the best WWE Superstars.

Rose originally tried out for the WWE reality show in 2015 –WWE Tough Enough, only to be runner up to now WWE Superstar Alicia Fox and professional wrestler Josh Bredl. 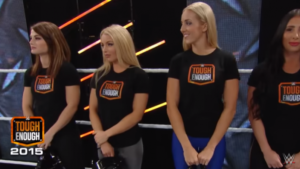 Rose was signed immediately after the show to a 5-year contract with the WWE beginning her journey in WWE’s development program NXT.

It was during this time that Rose would form a special bond with Sonya Deville, who would also join WWE Superstar Paige to form ABSOLUTION. This would unfortunately come to an end after Paige would succumb to injury and retire from wrestling.

As Wrestlemania 35 approaches, Rose is finally getting a push competing in singles matches, most recently against WWE Woman’s Champion Asuka.

“It’s definitely been an amazing year so far obviously and I am really excited for all the opportunities to come my way for the 15 months, Elimination Chamber was so much fun, we had a blast and it was a really great challenge for Sonya and I to last 45 minutes in that match. It was one of our biggest showings to date I would say since we have been on Monday Night Raw and Tuesday night Smackdown. It’s been awesome and this Sunday at Fastlane I have a Title Match up against Smackdown Women’s Champion Asuka. I can’t be more excited and nervous of course, and ready to take on any opportunity I get”.

Rose was not always a fan of WWE and had no interest in becoming a wrestler until a change in her life allowed her to pursue an unexpected dream.

“Growing up to be honest I really wasn’t a huge WWE fan, so everyone comes from different backgrounds. I grew up with three older brothers who watched WWE, but we weren’t huge WWE fans. As I got older, more high school and college years I started following WWE more. When I started I obviously wanted to do my research and would look back over time, more so following the women, as I really didn’t know much, I started following my favourite Trish Stratus and Lita. I though it was really cool. When I saw Trish Stratus perform I just saw a resemblance of myself, once I heard her whole story and the fact that she came from a fitness background, it was literally where I was at that point with my fitness career. I looked up to her and she inspired me so much to be who I am today”.

Rose has teamed up with best friend Sonya Deville to form ‘Fire and Desire” as they share a special bond since Tough Enough, but are they inseparable? 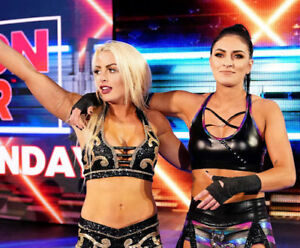 “No I don’t think I could, I mean she has been with me for so long now that we are just inseparable,we even mentioned the other day that if we ever get put onto different brands we would probably go crazy. We just have each other. In this business we are travelling so much and you could be alone. The fact that we have each other means that we have each other’s support. We can go back and talk about things that you may not want to talk about with any other WWE Superstars it really is a great feeling, we really are inseparable.

With the incredible success of WWE Super Showdown last year in Australia Rose didn’t make the tour and she has never been to Australia will she ever come!!