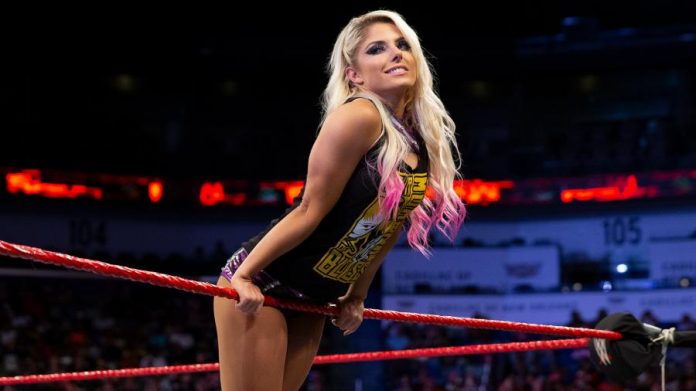 In the world of professional wresting you have heroes and villains, a hero a person who rises above with the help of the chants from the crowd to become victorious, on the other hand you have the villains who thrive at the booing from the diehard wrestling fans, it fuels their emotion and sense of adulation.

WWE Superstar Alexa Bliss is one of these who enjoys being the bad guy, enjoys being booed upon entering the venue and making her way to the ring. Bliss has quickly made her name for herself under her persona Little Miss Bliss!

How did you become a professional wrestler?

After college my trainer was telling me that WWE for having try outs, I decided that I was going to send in a video, somehow from there I got a tryout

Alexa you seem to be enjoying playing the heel, playing the bad guy, would you like to have a babyface run at some point, it does seem like the fans are dying to cheer for you?

Bliss who debuted via the NXT program, made her way onto the main roster in 2016 cementing her place as a champion taking out the Women’s Smackdown Championship.

If you had an opportunity to go back in time what advice would you give to yourself?

“I would tell myself that one day my hard work will pay off, because with NXT is such a grind, with NXT it feels like groundhog day, you feel like you can’t keep going and I would just tell myself one day it’s all going to pay off, also to enjoy my time in NXT because it’s going to go really quick and that you are going to have a lot of fun in the next two years and positive and keep going”.

Its been a frustrating year for you outside of the ring with your injuries, you have bee able to stay relevant with your fans through your promo work, does that give you confidence having that connection with the WWE Universe?

“I love being able to perform in any aspect whether its in the ring or out of the ring, obviously being out of the ring is very frustrating because of an injury that is not like a concussion you can just heal in a certain amount of time. Each concussion is different you know. Some people have concussions that last a week, some people have concussions that last years. Its not like a broken ankle where you reset it and go. It’s very frustrating but glad the WWE gave me opportunities to do a moment of bliss and still connect to people, that’s what I love to do, I’m very grateful and it’s been great”.

You have a close connection with Nikki Cross, do you see yourselves going for the Tag Team Titles?