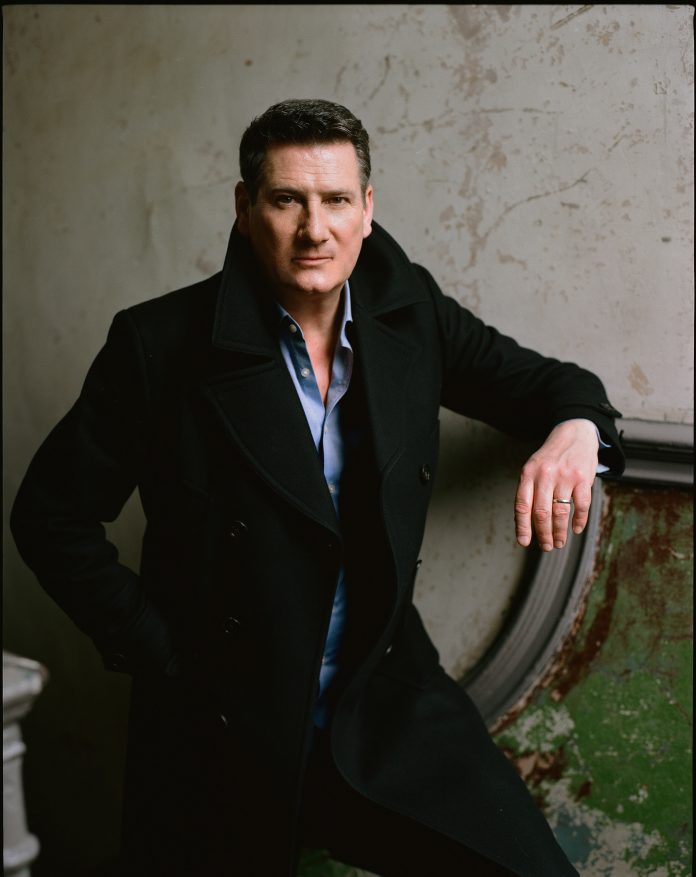 TONY HADLEY, former lead singer from one the biggest bands of the 1980s, Spandau Ballet has announced he will return to Australia in February /March 2020 for a solo tour with his full band that will see him perform Spandau Ballet’s biggest hits and new material from his new album TALKING TO THE MOON. Early bird presale to start Tuesday 13th Early bird presale to start Tuesday 13th August 9.00am local time.  Sign up here to access:   https://arep.co/p/tony-hadley-ex-spandau-ballet-1

I am thrilled to be returning to Australia for the first time in five years with my band , The Fabulous TH band who are not only amazing musicians but great friends too.

The first time I ever toured Australia was back in the mid-80’s with my old band Spandau Ballet and I have to say it was an amazing experience. In fact every time I’ve toured Oz since, even as a solo artist, the experience has been equally fantastic.

A question often asked by journalists is do I, and can I, sing the classic hits of Spandau Ballet, such as True, Gold, Through the Barricades, Round and Round, and the answer is a resounding yes; I still love singing these songs. Along with these classic hits and others, I’ll be performing songs from my new Album ‘Talking to the Moon’ as well as some favourite songs by other artists.

Thank you for your support and I look forward to seeing you next February 2020.

Millions know TONY HADLEY as the former front man of Spandau Ballet, which earned him the accolade of one of pop’s great vocalist.  His unique voice made him the perfect lead vocalist for the biggest band in the New Romantics music genre exploding out of the United Kingdom in the 80s. Thirty years on, the unmistakable voice of Hadley still brims with passion and urgency as it first did all those years ago. Talking To The Moon was co-written by Tony, with a raft of other talented songwriters. The first single Tonight Belongs To Us and How I Feel About You were both written by Toby Gad (credits include John Legend’s All Of Me and Beyonce’s If I Were A Boy.  Fellow 80s alumni Peter Cox and Richard Drummie of Go West contribute on Skin Deep, whilst other album highlights include the operatic Killer Blow (co-written with Blair Mackichan whose work includes Sia, Paloma Faith), and What Am I – a deeply personal track about leaving Spandau Ballet – co-written with Mick Lister.

“I have rarely been to a concert where the artist was wrapped in such a warm, accepting and encouraging atmosphere — every song was like an encore.” – The Mancunion

“With effortlessly grand vocals, Hadley certainly had the audience on his side.” – Express & Star Birmingham

GENERAL PUBLIC TICKETS ON SALE ON SALE FROM 9AM, 16TH AUGUST 2019