A sold out 170 Russell was witness to what, had it been 1999, may have sold out a venue as big as Rod Laver Arena. In a late 90’s, early 00’s spectacular, headlined by B*Witched, fans were treated to 3 hours of pop-tastic hits.

First on stage, Liberty X pulled out their hits ‘Just A Little’ and ‘Being Nobody’, whilst notably missing the male members of the group. Remaining members Michelle Heaton, Kelli Young and Jessica Taylor still provided their slick dance moves and smooth vocal chords to well and truly get the party started.

Next up was East 17, with original members John Hendy and Terry Coldwell joined by new addition Robbie Craig, who joined the group in 2014 as lead vocalist. The veterans of the lineup opened their set with their 1992 hit ‘House of Love’, wished the crowd a merry night with their Christmas hit of ’94, ‘Stay Another Day’, and rounded out the set with their only Australian number 1, ‘It’s Alright’. Robbie’s vocals were a treat, and the band were clearly enjoying their time on stage.

S Club 3 were next, but with Jo O’Meara being rushed to hospital in Auckland last week she was a notable absentee, leaving remaining members Tina Barrett and Bradley McIntosh to try and fill the void of a missing lead singer. With the help of backing tracks, S Club had the crowd singing and dancing to their hits ‘Reach’, ‘Bring It All Back’, ‘Two In A Million’ and ‘Don’t Stop Movin’. In a slightly embarrassing moment, Bradley pulled an audience member up on stage to help sing UK number 1 ‘Never Had A Dream Come True’. Unfortunately that single didn’t chart in Australia, and their honourary member did not know the lyrics. She happily danced along with the crowd cheering her on.

Up next, Atomic Kitten gave the crowd a sing-a-long of break up songs, belting out their cover songs ‘The Tide Is High’, ‘Ladies’ Night’ and ‘Eternal Flame’, as well as their original hits ‘It’s OK’ and ‘Whole Again’. Founding member Kerry Katona and long serving AK counterpart Natasha Hamilton were missing Liz McClarnon due to her fear of flying, but Liberty X’s Michelle Heaton came back on stage to complete the trio in her absence. The girls brought their great senses of humour on stage with them, with Kerry making fun of her own hair extensions, saying it was making her so hot, sweat was pouring down her body “like the River Thames”.

Headliners B*Witched opened with a hit from their second album, ‘Jesse Hold On’, and kept the tempo up throughout the set with hits from all 3 albums. Fans weren’t so responsive to their 2014 releases, but made up for it with enthusiastic sing-a-longs to 1998 hit ‘Rollercoaster’ and Abba medley ‘Thank Abba For the Music’. Sinead O’Carroll and identical twins Adele and Keevey Lynch were missing 4th band member Lindsay Armaou due to personal reasons, but still put on a spritely show. The only band to have an encore, the girls returned to the stage to perform their platinum single ‘C’est La Vie’, complete with a signature Irish dance break in the middle.

Despite key members missing from all acts, it was an enjoyable evening, with a DJ bringing out classic 90’s hits between sets. The majority female crowd left walking out singing their favourite songs from their childhood, and will probably continue singing them over the rest of the weekend! 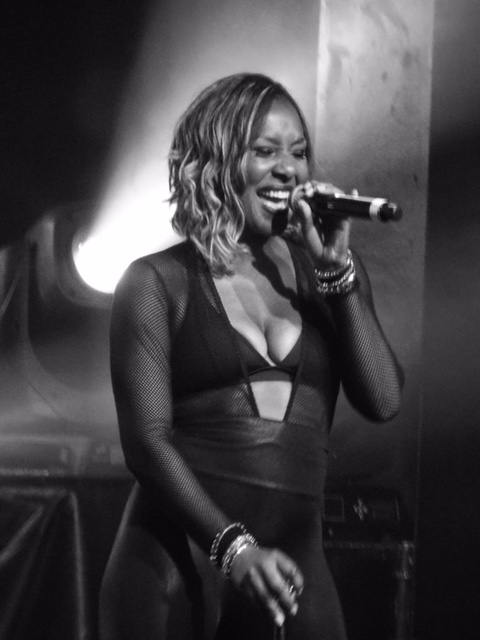 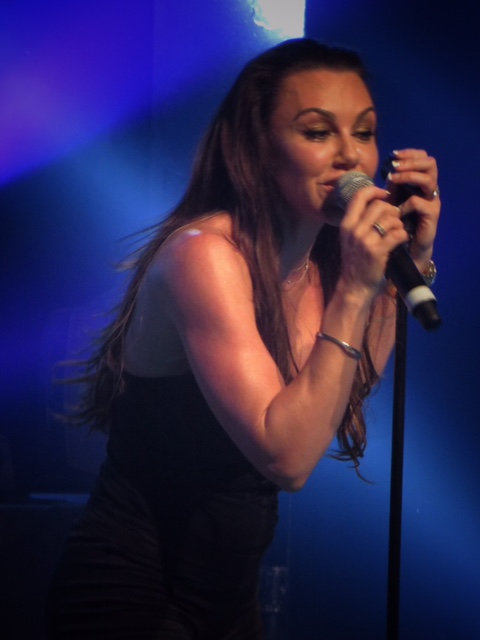 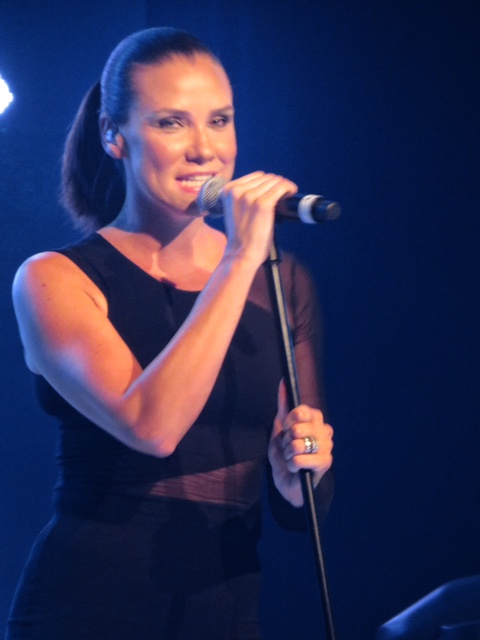 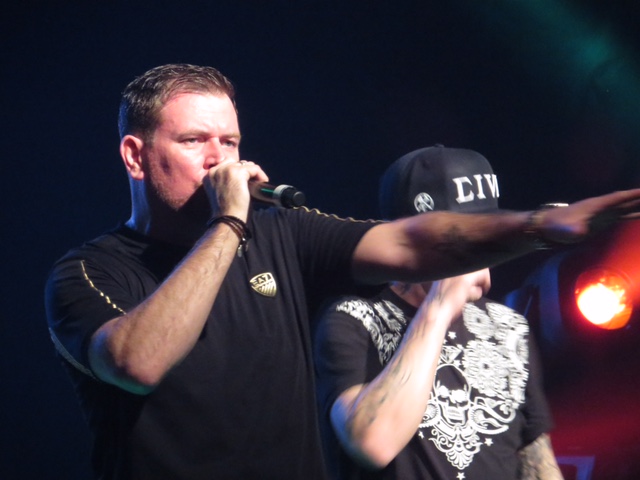 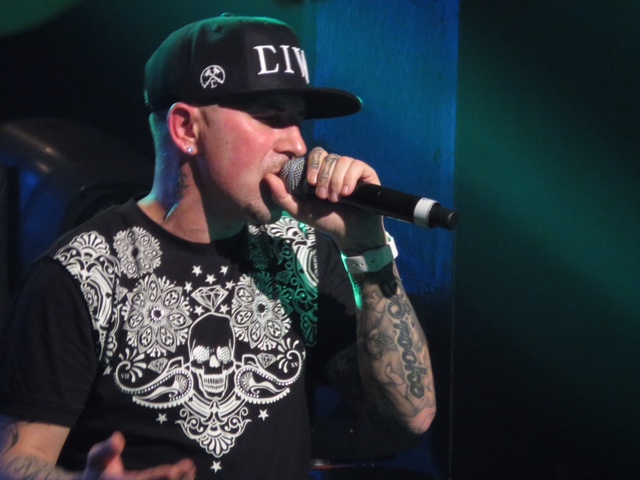 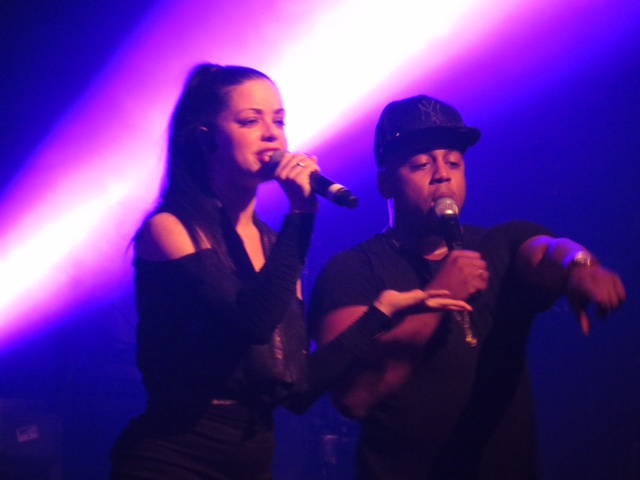 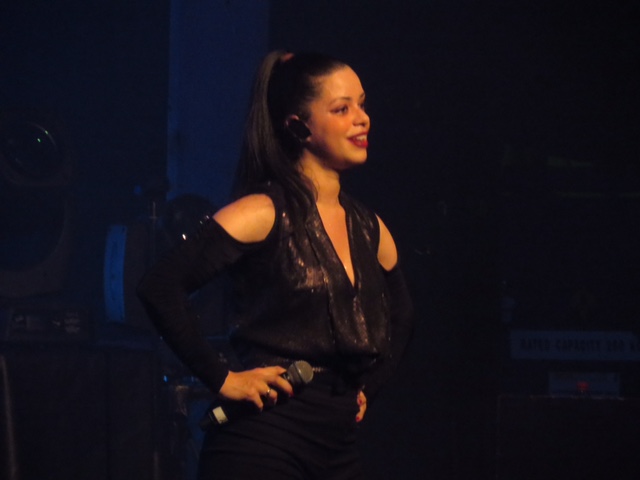 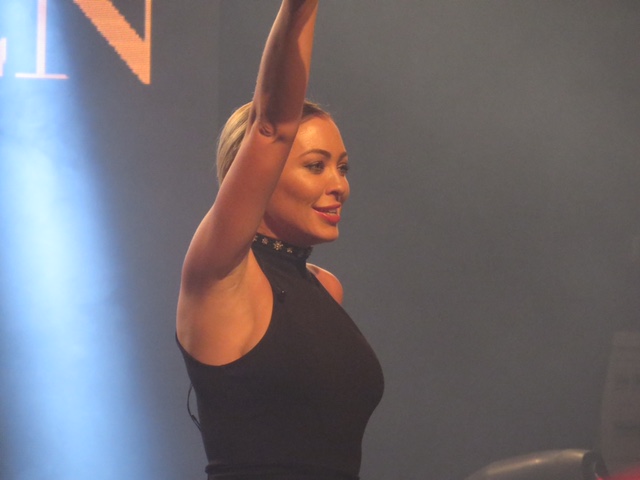 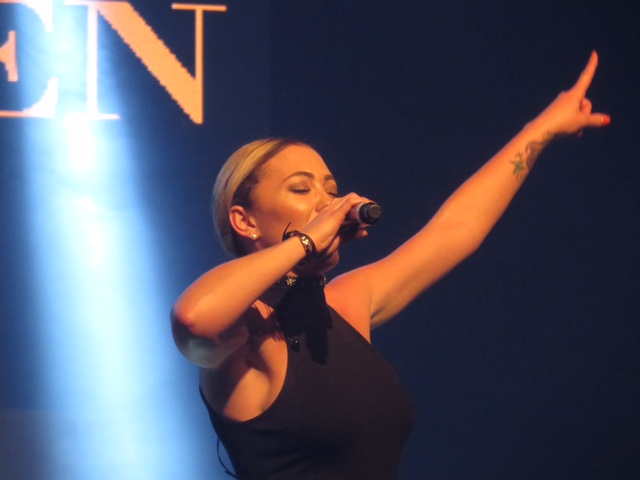 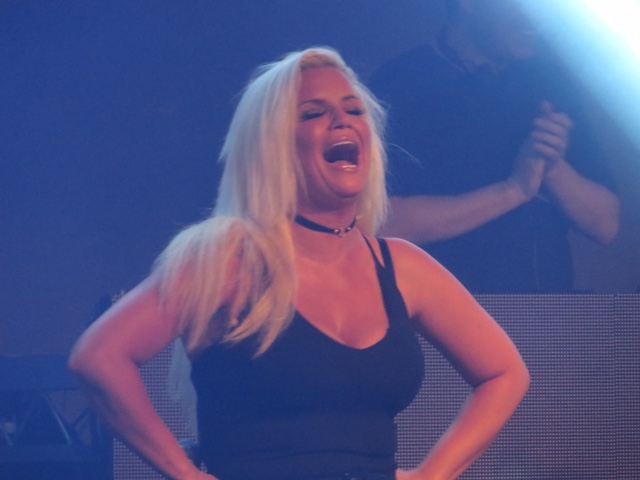 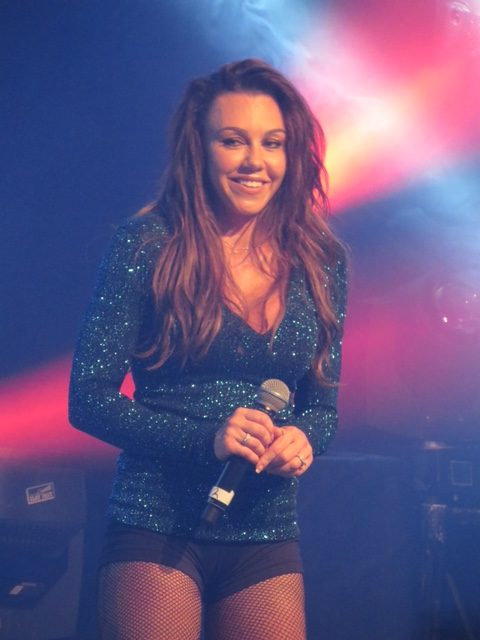 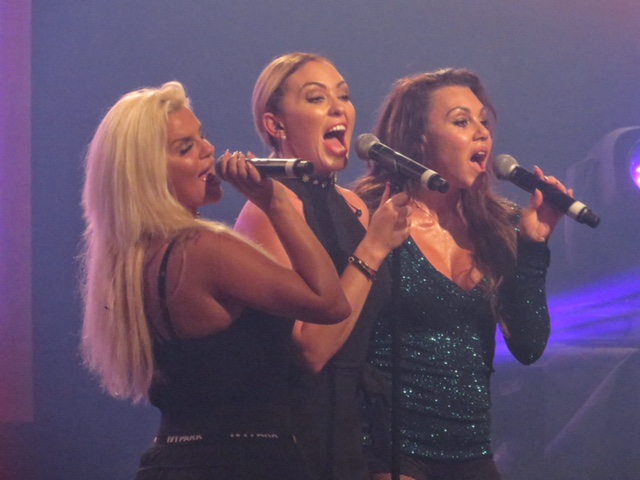 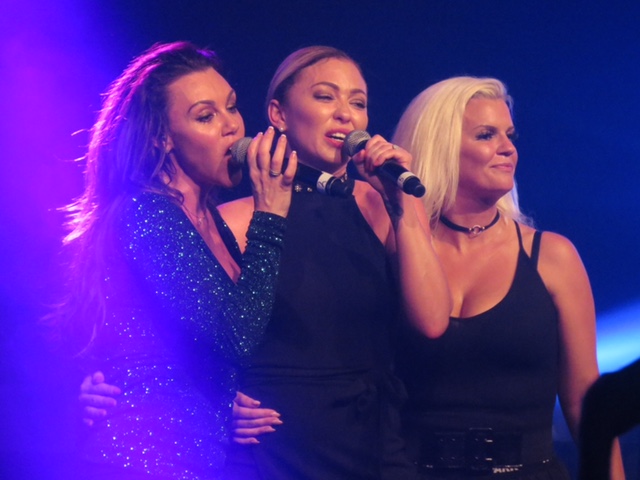 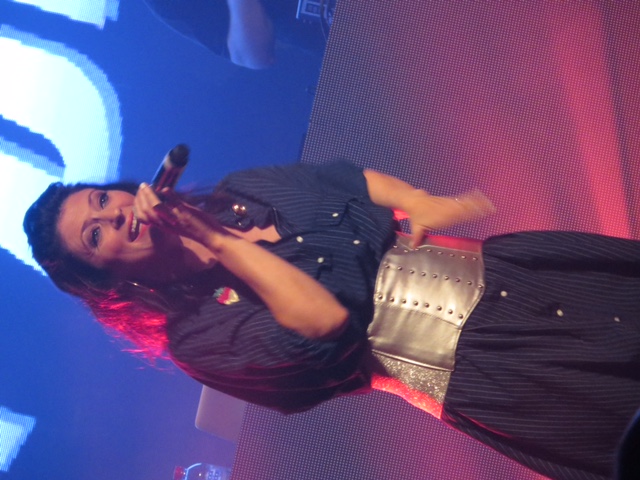 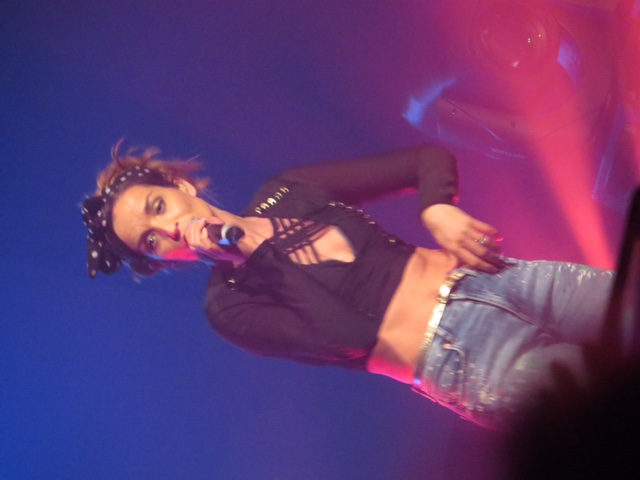 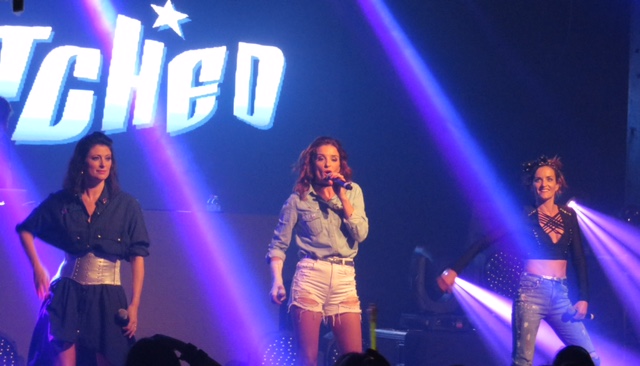 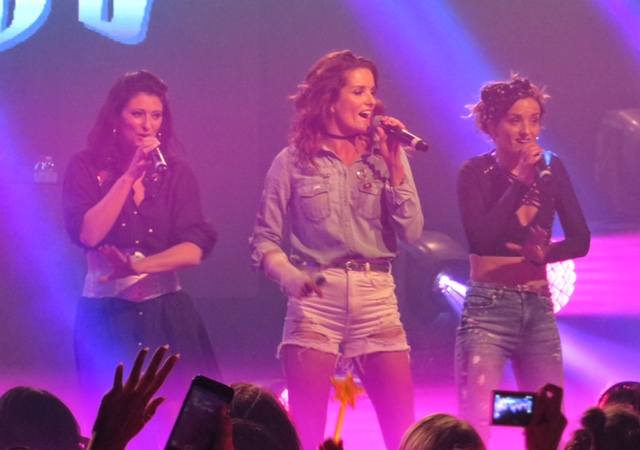 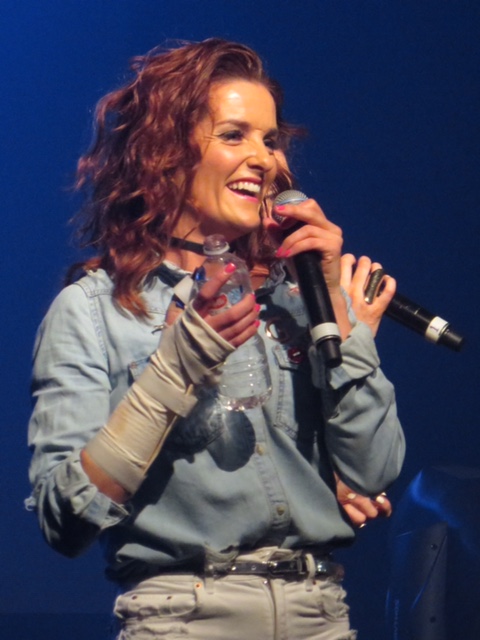 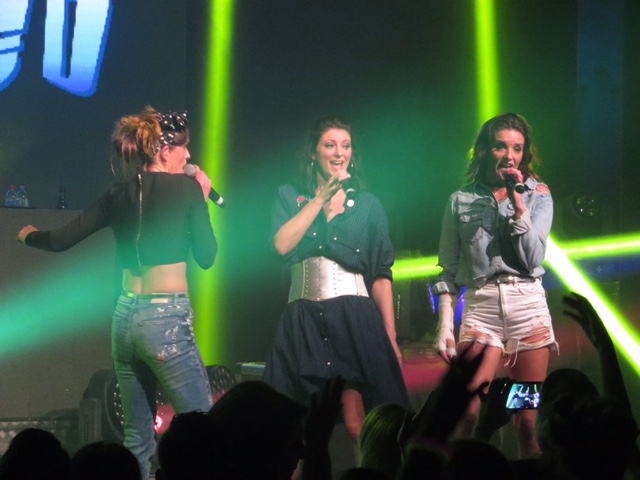