Interview with The Dives 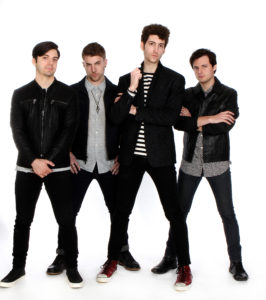 The Dives , four young musicians hailing from different side of the USA and one right in the middle. With a passion for music and a want to make The Dives a band that people want to hear again and again their passion is contagious.

Having formed for just over a year now the Dives have released their new EP – Everybody’s Talking which is doing great in the States, I have a feeling The Dives are going to be band you want to see and hear.

Evan, Mike, Sergio and Jimmy are The Dives- Evan you may not know is the son of Rock n Roll’s most famous frontman Paul Stanley from Kiss.

“We needed a name and we were getting a little frustrated over it, we were all pitching names, it was actually the hardest part of forming the band. We were getting very agitated that we could not come up with one! We had the sound, we had the vision but geez what are we going to call the band?

“One day Sergio our bassist in a Dive bar in New York, probably annoyed at the fact that we couldn’t come up with the name, and he just thought The Dives, he sent us a text, it was the first time that sound about right. T works he said it and we said yeah and that was that”.

Everybody’s Talking is such a great song and I personally love it playing it on a rotation nonstop. What was the inspiration behind the EP.

“Really it was a snapshot of what we are all about. We thought how could we get across to people with short attention spans”.

“We really just tried to capture the essence of The Dives”.

“We never went in with the idea of creating who we were without capturing exactly what we are live and we wanted to put out a record that you heard and came to see us live you would be happy because its exactly what you would expect”.

What obstacles have you faced along the way if any?

“Like any band its just putting in alot. The obstacles we faced are the preconceived ideas of what we are and what we should be based on who my Dad is (Paul Stanley of Kiss) a lot of people make assumptions that its an easy road because you have insider knowledge or connections. Just because that may open some doors it doesn’t mean that they can be slammed shut immediately, you gotta prove that you deserve to be in the room like everyone. I think that the biggest obstacle I really overcoming that shadow and showing we can sound amazing and what we are doing is decidedly us and decidedly worthwhile not trying to ride off anybody’s last name. Do us as best we can and hopefully that connects with people”.

What words of wisdom has your dad provided you with. What has he told you to be cautious and what inspiration has he given you.

“I think that the greatest takeaway from him and all the guys is that you need a work ethic there is no substitute, you have to do alot of hard work whether its with song writing playing or performing there is just no substitute for practice”.

“You cant be great overnight, you have to spend a lot of time honing your craft. Don’t take shortcuts you want to build something on a solid foundation and that is something we have been keen on doing very carefully. We spend hours and hours every week rehearsing playing through versus and harmonies and that’s after selecting what songs we play, just coz a song is written doesn’t mean it needs to be played”.

“There are a lot of times its easy to get excited about the newest song it must be heard by the world. “

Growing up with your dad’s band Kiss and seeing that Genre and phenomenon has that influenced your music in any way?

We pretty much have gone our own way entirely, I grew up so close to it, its kind of like scent wine, when you are in a room with fresh bread long enough it smells like nothing. I grew up with the Beatles, The Who and the Kinks and so did all the guys, we kind of went our own way with our influences”.

Are we going to see collaboration with Kiss?

“We were lucky enough to go out to the UK with them and that was great because we had the chance to get up in front of a lot of people and again it was one of those experiences. There is certainly the benefit of people interested with the connection of my dad and myself. That doesn’t mean they are inclined to like you, they are quite the opposite, they are very sceptical and don’t want to give anyone a free pass”.

I really cant see a collaboration but to be up on stage with my 3 best friends is amazing. 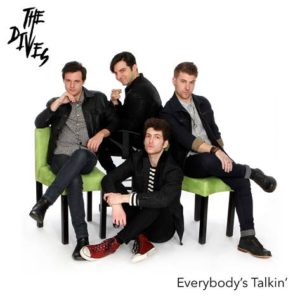