What do you get if you cross a classical pianist and a drummer? Two of the most exciting energetic transforming DJ’s in the world.

Mashed and Kutcher (Adam & Matt) have been Dj’ing together since 2014 after meeting through friends in their hometown of Brisbane.

The dynamic duo has gone from strength to strength showcasing their talents on the Austereo network building up a dedicated fan base on a weekly segment.

Mashed n Kutcher is such a catchy name; I wonder how the dynamic duo came up with it.

“We watched some Ashton Kutcher movies, and he seems like an alright kind of bloke so we thought we would jus pinch his name.

We thought if we pinch his name, maybe we could meet his wife.

“His wife is great as well and she is also a movie star which is cool”. 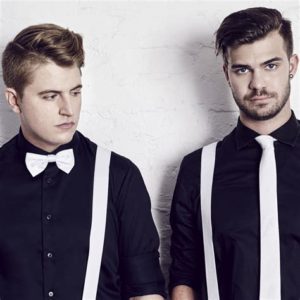 “Well the organization which voted us, and literally voted he #1 DJ doesn’t do those awards anymore, so we are just going to keep the title!”

“So if anyone else wants to challenge us for the title, until they do we will just continue to be the #1 DJ’s in the country”.

At such a young age and touring around the world, playing numerous clubs’ the potential is limitless.

“We just want to get ourselves and music to as many people as possible”.

“We enjoy the song, we hope others enjoy it as much as we do! It’s going to chart wherever it charts. The single seems to be getting out there so we are happy with that”.

My sunshine is one of the duo’s most popular tracks, which was praised with commercial success, which bought the duo into mainstream music.

“We have a bunch of songs which haven’t come out as yet, but will be exciting once they get released”.

“We are into a bunch of different bands, Red Hot Chilli Peppers and what not, a lot of rock bands which we would love to sample in the future.”

“It would be good to tour with Elon Musk, he’s great. Can one of those Tesla’s. We could do a performance on Mars and would like Elon to make this happen”.

The boys are about to embark on Road to Ultra which is a huge dance party showcasing the best of the best. Sharing the stage with Afrojack, Axwell and Ingrosso, Carnage and many more.

“To see Afrojack on the same stage as Axwell and Ingrosso as well as Carnage, just get around it, we are all out there, we will all be getting around each other, the fans table tennis. Should be a lot of fun, it’s the first time Ultra has been to Australia. Its really cool to be a part of it”.

Road to Ultra is heading to Australia on the following dates: 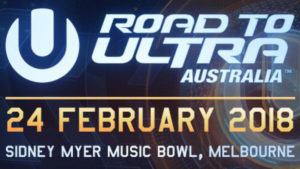