It’s been 15 years since Shannon Noll graced our screens on the reality Tv show Australian Idol. Presenting himself to Australia week after week belting out song after song and facing the wrath of the Idol judges, Shannon captured the hearts of the public and their votes to take him to the Idol finale only to be pipped at the post by Guy Sebastian.

The all Australian Shannon who grew up on a farm in Orange NSW and bears the Southern Cross flag on his arm has continued his music career since Idol
Amassing 17 platinum and three gold certifications to his name. 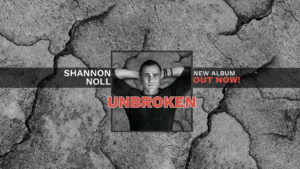 Having just returned from the South African jungle as part of Im A Celebrity Get Me Out Of Here I had the opportunity to speak to Shannon about his new album ‘Unbroken’ and his time in the jungle.

Shannon you are fresh out of the jungle how are you feeling?

What was the first thing you ate when you came out f the jungle?

“Oh mate I was straight into a spaghetti Bolognese to be honest, there wasn’t too much of that flavour going around. It was pretty bland most of the time, definitely not with the chilli and garlic so I decided to get a bit of that into me straight up”.

“Yeah mate I was asked two or three times, just thought the timing was right this time, mate you know I had the album finished and I thought this time was the best time to try it out”.

What was the one positive you took out of the experience?

“Mate I think the there was that much downtime that you had a really good opportunity to take a bit of stock on where you were going and how you were travelling trough your life sort of thing and family as well, I sort of thought about working on relationships with the kids and with the family at home which is the best thing I took out of it. So mate yeah just taking time to smell the roses a bit and not being in a rush all the time.”

If you could take part in any reality TV show around the world what would it be, what would be the one you would want to do the most?

Wow mate that’s a good one at the moment, umm mate I think too much pressure, one of the cooking shows, I do enjoy cooking at home, so My Kitchen Rules or Masterchef or something like that would be something, I think you would learn so much from it, that would be the best part.

What would be your signature dish?

“I do a lobster mornay, I do a few different ones, I like stews and stuff like that, always cooking, looking forward to winter time ill have so many stews to do”.

Speaking of reality TV, you appeared on Australian Idol in 2003 and have become a household name since then and a lot has changed in the music industry since then, what would be the biggest change you have seen?

“Oh mate, it’s gone through quite a bit since I have been involved in the industry, there was no such thing as YouTube when I started, we all had cd’s back then, all these MP3 and downloads, the changes have been absolutely massive since we started out. Like I said its all 90% digital and very few physical cd’s anymore. Like I said when I first started, there was cd singles and cd album now its all digital singles and digital albums, so there has been so much going on”.

With reality Tv shows similar to Australian Idol, you have The Voice and X Factor, do you thinks it sets false representation of what the industry is all about?

“Mate I think do a little bit these days, there is not a lot of focus these days that goes on the longevity of the artist, a lot of them you don’t hear from again which is sad because during the show they say we will make you a star, a world star so I think there is a lot of false hope given to these young kids. I think its more about the judges these days that have an album to promote, a tour to promote or a single to promote and then there is not a lot of focus on the kids or the contestants with Australian Idol it was so different, they try and unearth new talent and create a situation where we could go away from that and hopefully have a career to build on instead of the end of the show coming and that’s the end of the whole thing. Its a bit aggravating and saddening in that respect”. 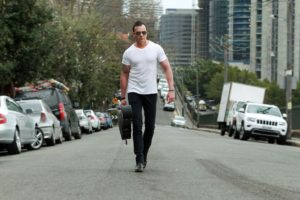 You have a new album out which was released in February titled Unbroken, is there a personal meaning in the title?

“Yeah probably mate, I had a back operation in 2012 after Dancing With The Stars which is a bit of an accident I had on there.  So my back hasn’t been great ever since, and I think it’s just a reminder the young bloke I used to be, probably not so much anymore. After the back operation its really thrown me up a bit so I had to do a lot of rehab to get mobile again. That was mostly with the meaning behind the album name”.

How does this album compare to your previous albums?

“Mate there are similar aspects to it, I think this one there is a couple of songs a little more down the country lane, you know what I mean, a little bit what you would hear on mainstream country, then there is a couple of mainstream rock songs which you don’t hear much of these days anymore and then some poppy ones. There is probably a broader range sort of style, but there is definitely signature recognisable Shannon Noll songs which I really intended on putting on there”.

What is your favourite song off the album?

“Mate I really like Invincible, it’s a real favourite for me, it does explain that transition from being invincible to being not as young or invincible anymore. Also Take It Back is a good old school rock song I’m really looking forward to playing on stage when I get the chance”.

So Invincible would be more of a personal reflection?

“Yeah most definitely mate, I wrote it with John Hume and had a lot of input in it so it’s a real personal favourite of mine”. 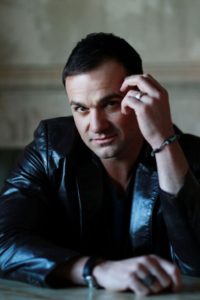 Now you are about to embark on a national tour starting off in May, how forward are you looking to that?

“Mate I cant wait actually, Its was in the 5th week when I was in the camp and I was champing at the bit to get out and start playing again. That’s definitely something that I am really really looking forward to, putting some parts together for the tour as we speak. Hopefully hit the ground running and all guns firing”.

What can the fans expect on the tour?

“We will definitely some of the bigger songs I have had in the past , then hopefully a bit of a mix of what’s on the new album, give a bit of example of what the new album is like”.

Trailer: The Girl on the Train