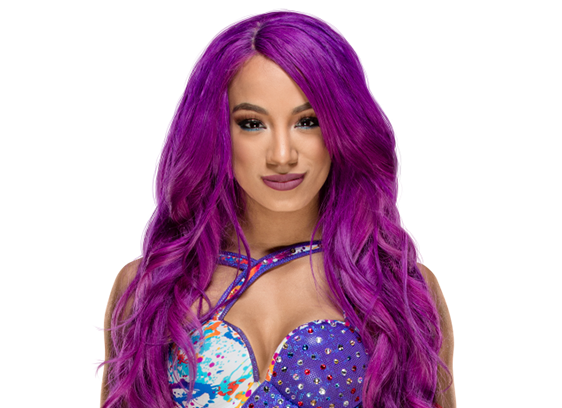 World Wrestling Entertainment is the greatest sports entertainment company in the world. WWE holds the best Pay Per Views on the biggest stages with no expense spared, WWE can also boast that it also has the greatest talent which bring you RAW and Smackdown every week, putting their bodies on the line to entertain us the WWE Universe.

One standout WWE Superstar is The Legit Boss – Sasha Banks. standing at 5ft tall, Banks is slowly on her way to becoming the WWE Women’s Champion.

Banks will get her opportunity when she takes on current champion Rowdy Ronda Rousey at Royal Rumble at Chase Field Phoenix Arizona on the 27th January 2019.

Live and Loud was fortunate to speak to the Legit Boss ahead of her Title shot with Rousey.

Sasha you have been missing from the championship picture for a while now, do you think that time off has reignited the fire and gotten you to where you want to be?

2018 has been a first for the Women’s division; we had the first Women’s Royal Rumble Match, Elimination Chamber and Evolution Pay Per View. What other first are still left for 2019?

Of course there has to be Wrestlemania, it’s so crazy, I was talking to fellow superstar Bayle last night and even the little accomplishments the women make at the live events. Its not your typical TV crowd it’s the diehard fans that come to support us. Its crazy to see how much more can be achieved, we ant to be equal with the men and I think we are pretty much there and I think we are doing this every single week.

Rhonda Rousey has beaten many WWE superstars- Alexa Bliss, Natalya and Nia Jax and many more. This is the first time she is up against you! How do you stand out to all the other Wrestlers Rousey has faced and beaten?

I mean I’m the Legit Boss! there is a reason why she called me out not the other way around, she chose me and I didn’t choose her. I think that tells you something right there! Alexia Bliss I have beaten, Nia Jax I have beaten! Charlotte I have beaten. Charlotte was so scared that she couldn’t beat Rhonda Rousey she had to use a kendo stick. I am not scared of Rhonda Rousey that’s the difference between her other opponents and me, I am not scared! There’s a big reason I’m not scared of her, I didn’t call her out, she called me out, I think she’s the one that’s scared, she needs to prove something to herself, that she needs to beat the best, she’s not going to best me. I know in my heat that I ma better than her, I m better than every single woman in this company! I am better than half the guys in this company as well. I might even go and say that I might be the greatest superstar this company has ever seen, male or female. You will just have to stay tuned and see what happens at the Royal Rumble.

When we last spoke to yourself last year, once again before Royal Rumble, you were asked what the feeling was like in the change rooms when Rousey came into the WWE, you answered “no on cares”! Has that attitude changed now?

I think for Rhonda its awesome, when she first came in and everyone questioned why does she get everything, because of her name, for her she did prove a lot and that she is here to work hard. The thing is we are doing this every single week. She is not doing every week, she is not at the live events, sometimes she’s at RAW, and she says she doesn’t want to be a Brock Lesnar but she kinda is a Brock Lesnar. She doesn’t fill a full schedule like we do. For me I still don’t care, for other girls I don’t know their opinions, I have my open locker room. I don’t know if she is going to be here after Wrestlemania or when her contract is up. I’m the one that’s still going to be here and push this company as best as I can.  I’m the one that’s working hard and she is taking the blowie with her.

Sasha, I’m predicting it. When you become the WWE Women’s Champion, who would you like to face in Wrestlemania?

“That’s a hard one, I think anyone that has worked hard to get there”.