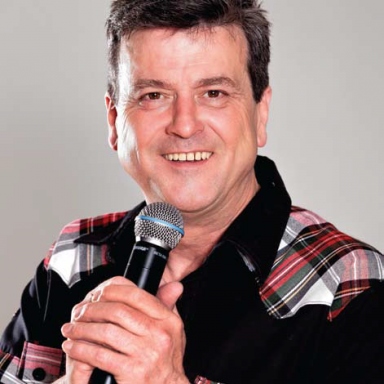 Les McKeown the lead singer from Bay City Roller’s talks to Live and Loud ahead of his national tour.

Mckeown was playing in his own band Threshold after leaving school at the age of 15, knowing that singing is always what he wanted to do. “People often said to me I had a good voice, I could be a singer in a band. Especially after seeing Pink Floyd, Bowie and Roxy music, I said that’s what I wanted to do”.

Both Paton and Faulkner liked what they saw and asked Mckeown to join the band on that Saturday night and played his first gig with them on the following Tuesday.

“I had to learn all these new song’s and stuff an that’s really how it started.

With the band in their day being heralded as ‘the biggest group since the Beatles and the mass hysteria that was to follow as Mckeown points out “ There were two types of Hysteria i.e. Beatle mania and Roller mania, no such thing as One Direction mania.

Reflecting back to a time when Bay City Rollers visited Australia in 1976. “There were all these kids outside banging on a massive glass wall while we were playing I the studio, the kids were oblivious to the fact that there was an eclipse of the moon going on in the background.

Hysteria became a norm to the band as this became the everyday thing, with the band producing hits such as Bye Bye Baby, Shang-a-Lang; Money Honey and I only want to be with you.

“These days I appreciate the fans more than ever as you can imagine, they still want to hear us”.

Leaving the Bay City Rollers in 1978, Mckeown sought to go on a solo career which has included 9 studio albums including his latest offering “The Lost Song’s.

These songs are a fantastic story for me, they were written when I was 18, 19 and 20 years old and back when we were having hits. I tried to add them to the Bay City Roller’s Album but was told at the time that they weren’t good enough.

“They ended up just resting let’s say, it wasn’t until two years ago, I met with John McLachlan, he asked if I wrote any songs back in the day. I said yes but didn’t know where they were, so my wife my son and I search the attic, look through old stuff and we found a briefcase with a micro cassette recorder with a tape entitled “Ideas’ I played them for John which he liked”.

These days Mckeown still play’s around the world, last year alone doing 158 shows alone, going to Japan once a year.

Thanking his Australian Tour promoter – Metropolis Touring, Mckeown is looking forward to this tour again hoping to return to Australia in 2018.