WWE was Live and Loud in Melbourne Australia last night at the newly redesigned Rod Laver Arena. After last year’s successful Super Showdown which attracted an amazing 70,000 plus WWE Universe fans, it was scaled down to its usual residence.

Our favourite Aussie Superstars Peyton Royce and Billie Kay who form the ever popular IIconics were in attendance as well as Melbourne’s own Buddy Murphy.

Live and Loud was very lucky enough to catch up with the IIconics as well as Smackdowns Women’s Champion Bayley! 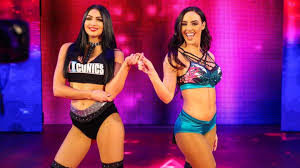 Peyton I saw a photo of yourself on Instagram as a 12 year old girl, what would you say to that girl now if they wanted to be a wrestler?

“I would just say your dreams are possible no matter unrealistic they seem, they are 100% within your grasp and you just have to find your journey and your direction”.

“You have to work very very hard it’s not easy, I don’t know how many times I sat here in Melbourne where I lived, and I was crying because I had no money to get to work. Billie has gone through the same shoulders working 3 jobs just, so I could chase my dream. It’s a really tough journey but oh my gosh it pays off dividends. So no matter how hard it gets it will all be worth it”.

“I always believed it. I would uh, I started watching wrestling when I was 10 years old with my big brother and I started training when I was 17, but even then when I was like 11 or 12 I used to have conversations to myself and I used to say to myself Im going to make it and all I need is a chance. That’s all I needed, and I know that I can do this and I it took was one tryout and 5 years later we are the former longest reigning Tag Team Champions”.

Being together all the time 24 hours, how hard is it to maintain that friendship all the time?

Billie. I love this question, it’s a great question, she (Peyton) is the only person I can do this with.

Peyton. “When I say 24/7 I mean 24/7, we travel together, our work is together, when we are at home we are the only person we see on our off days and we need to see each other too. When we don’t see each other when we get together we literally have notes when we catch up at the airport, we have to be and want to be in each other’s lives. Sometimes people can be so similar they butt head’s, but we are so similar I feel we just complement each other, we just have so much fun together”. 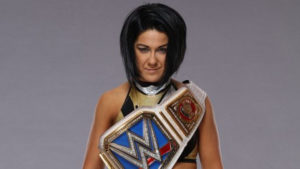 Bayley as part of NXT and growing through the ranks, what was the most important piece of advice you were given?

“I dont know if there is a single piece or line but Dusty Rhodes was definitely the most influential guy there that we had there the most influential teacher.he just really made everybody believe in themselves, he found that special something in everyone. I dont want to sound cheesy but it was usually the thing that we tried to hide and he would see it, and he would say no no no lets dig a little deeper and talk about this and thats when everyone really shined. My ponytail and all my fandom stuff he pushed through it and said lets show the world who you really are”.

“I honestly just want to see it literally grow, especially in the roster we have a lot of great women already, I think it could be larger, i would love to see more than 2 matches on Smackdown hopefully it can get to three on there, now that we are all WWE Superstars we can fill up all those slots we can give the guys a break”.

Bayley there has been an influx of celebrities appearing in WWE, you have Cain Velasquez and Tyson Fury coming in, iF you had a choice who would you like to invite into the WWE?

“I would love to see Snoop Dogg coming in I think Sasha Banks could help me with this”.

* Kofi Kingston defeated Randy Orton by DQ when The Revival interfered (Big E & Buddy Murphy made the save). (14mins). Interference allowed the set up of a 6 man tag. Due to Xavier Woods’ injury in Sydney, Buddy Murphy moves to this match and the Tag cage match between Bryan/Reigns and Rowan/Harper was separated into 2 singles matches.