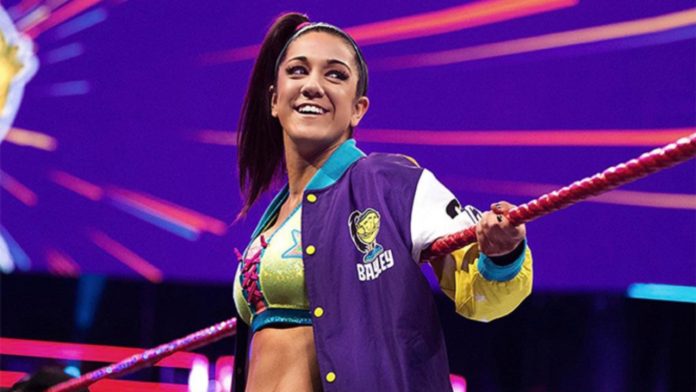 WWE is the largest sports entertainment company in the world. WWE has become a global phenomenon as they set the standard and push the limits in bringing their fans an experience unlike no other.

The wrestlers continuously go out night after night putting their bodies on the line to entertain their fans the WWE Universe.

Over the years the men’s division has dominated and headlined major events, the tide has turned recently which the women’s division now getting a lot more exposure.

At the helm and leading the charge is Stephanie McMahon, the WWE’S Chief Brand Officer who has led the way and the push to make this happen.

The women’s division has seen the initiation of Money In The Bank, Royal Rumble, Evolution and the Battle Royal to the delight of all female wrestlers, as it now has them on par with the men’s division.

WWE felt that there was one thing more needed to make the women’s division shine, for the very first time, the introduction of The Women’s Tag Team Championship. At the Elimination Chamber pay per view, the Boss and Hug reigned supreme create history.

Bayley who forms a part of this with her Tag Team partner Sasha Banks both began in the WWE development program NXT, where they became best friends and have followed each other the main roster of WWE. Bayley your all American girl and self proclaimed hugger is a fan favourite who has also held the Raw Women’s Championship.

To be a successful Tag Team you have to have a connection, you have to be in sync to defeat your competitors!

“As people we really connect and I think that probably as a person we really connect backstage and we really are best friends. It really helps our matches and we are able to talk to each other about our goals and our dreams, we are able to push each other when one of us is having a bad day, the other is there to lift us up and vice versa. I think a lot of that has to do with the things we have been able to accomplish lot do far including the Women’s Tag Team Titles”.

With much competition and every women now eyeing off the new Tag Team Title the Boss and Hug connection will have their work cut out for them. Is there one particular tag team they would like to face?

“We have a few different opponents that we would like to go up against, this Sunday we have Nia Jax and Tamina, but I think we would really love to defend the titles against the Iconics. They have been best friends for so long, since they have been teenagers and they came into this business together and came into the WWE together I feel like they have a lot to prove, I think it would be a really cool match to have. Sasha and I are also best friends; we grew up in his business and company together. It has a really cool story to it”.

Wrestlemaina is WWE’s biggest event each and every year, as they continue to breaks records and create history along the way, will the main event be a women’s match and how would that be for the Women’s evolution?

“Well that’s been our goal the whole time, if you asked us this same question “What’s your goal” five years ago our answer was always t do main event at Wrestlemania and that still is the answer, until it happens that is always going to be our answer, that is everybody’s answer whether it be male or female it doesn’t matter, so the fact that we are very close to it happening and in the same feeling, I’m not going to believer it until it actually happens. I just love seeing that we have come this far”.

WWE staged Super Showdown at Melbourne’s iconic MCG last year to a capacity crowd of just over 73,000, which was televised around the world, unfortunately, Bayley was unable to attend.

FlashBack : A Day on the Green: Natalie Imbruglia, Tina Arena...