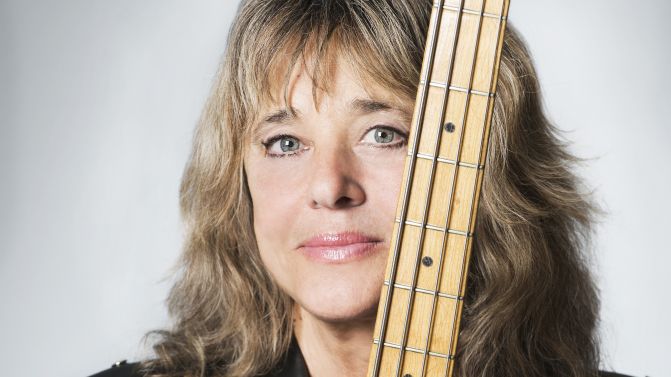 The music industry can be life or death, many one hit wonders will come and go.

To have longevity is one where the individual or group has to work very hard to build up their fan base, a fan that will know every lyric to every song that is produced.

As fans we idolise them put pictures on our walls and spend a lot of money to see them live.

Suzi Quatro is one of those artists with a career spanning over an amazing 55 years and having sold in excess of 50 millions albums over the years comprising of 36 album’s Quatro shows no signs of slowing down.

Growing into the music industry with her siblings, her father playing music till the day he died at the age of 89. A fan of classical music Quatro began playing the piano playing classical music before teaching herself to play the bass guitar.

Quatro openly states the Elvis Presley was one of her music influences from the age of six, loving his music and look and wanting to be him on stage. When in Memphis while on tour, Quatro was invited to meet the King Of Rock and Roll which she politely declined. “I wasn’t ready I didn’t feel worthy. I’d only had a few hits.”

Quatro’s goal through her music is to entertain and communicate, something she feels is very important when being on stage.

Quatro’s new album No Control is out now which she recorded with her son. Recorded in the way her son views Quatro, the way he has seen her through the years.

Quatro will be performing in Australia on the following dates: