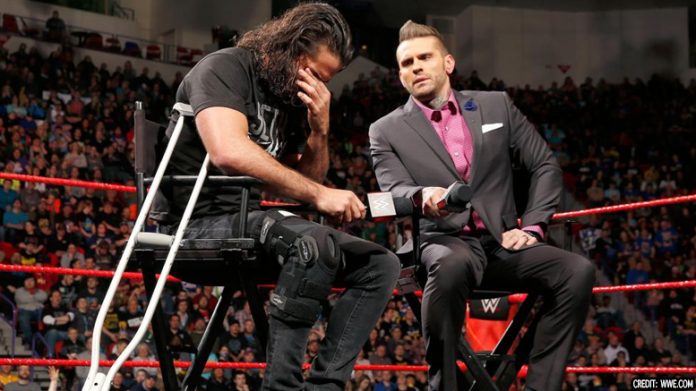 Injured WWE Superstar Seth Rollins says he’ll be at WrestleMania 33 … but whether he’ll wrestle in a match still seems to be up in the air.

Rollins was interviewed by Corey Graves on Raw and said he didn’t think he’d be cleared in time for WM33. Triple H interrupted shortly after add to insult to injury.

The segment ended with Seth telling Hunter, “A month ago, I told your wife I had nothing left to lose. Well that couldn’t be any truer than it is right now. I will be at WrestleMania! And if it’s the last thing I ever do, then I swear to you, it will be the last thing you ever do.”

Despite the guarantee he’d be there, the interview appeared to leave things open ended just in case. As we previously reported, Rollins has been out of action since January 30th.

Are you more excited for Mania knowing Rollins will be there? Sound off below!