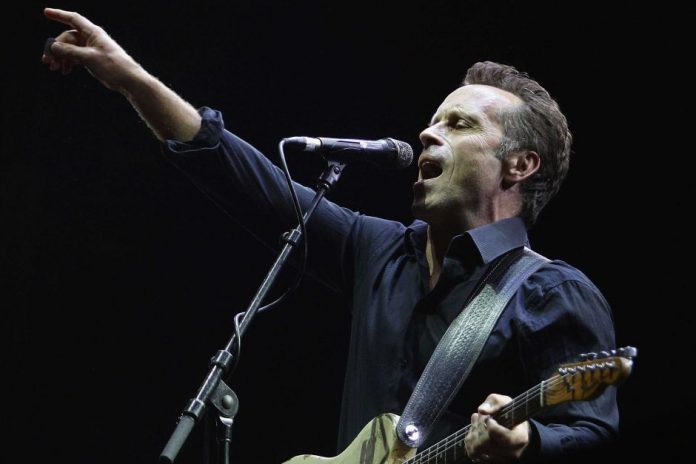 Mark Seymour was a true veteran of the Australian rock scene before Hunters and Collectors had even disbanded. Now, nine albums and countless tours into a divergent solo career, he practically constitutes a one-man national institution.

He has loyal devotees the nation over. His anthem Throw Your Arms Around Me has been voted the second best song of all-time by Triple J listeners on three occasions. He reformed the Hunters to open the 2013 AFL grand final.

So, when the river runs dry, where does one of Australia’s most beloved troubadours draw his inspiration from?

As the famous chorus goes, it’s from the scene of the crime, of course.”I think Australia has entered a period of deep conservatism. And it’s not necessarily related to politics. I think we’re entering a period where the national conversation has narrowed,” he told Jane Hutcheon on One Plus One.

His trademark urgency is still there in the title of his ninth album, Mayday.

He says it describes his unease with the direction Australian society is taking. But he remains philosophical.

“Mayday is a metaphor. It’s the emergency signal. But, it’s also Labour Day,” he said.