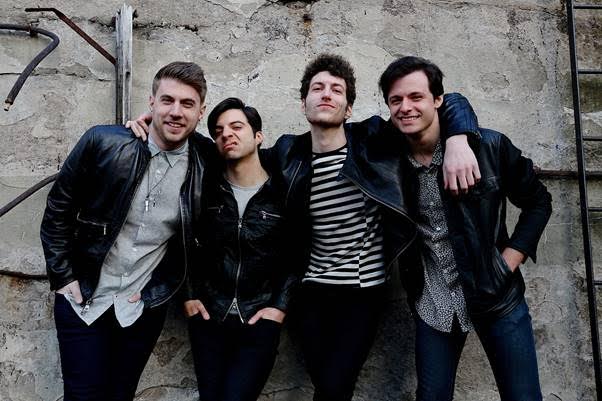 With the four members of THE DIVES hailing from both sides of the country and the middle, it might seem unlikely that these musicians would ever even meet, let alone form a band – until you hear them play.  After one listen, it’s nearly impossible to imagine them playing with anyone else.  Featuring tight harmonies and infectious hooks, THE DIVES’ music sounds fresh and familiar at the same time.  When explaining how the band was formed, they all vehemently agree that they got together with the common goal of making the kind of music they wish they heard more.

Based in NYC and a brand new band by any standards, THE DIVES wasted no time writing original material, rehearsing and leaping onto the club circuit.  When asked to describe their sound, Evan Stanley, lead guitarist and vocalist, immediately answered, “We’re a Rock & Roll band.”  Sergio Ortega, bass and vocals, explains, “It’s a rock band playing catchy songs.  Big hooks, but rattier than Top 40.”  THE DIVES musical influences are similar enough to create a cohesive sound with memorable hooks, yet diverse enough to infuse their music with the excitement of very modern flavours.

The band is comprised of guitarist and lead singer Evan Stanley, guitarist and lead singer Mike Lefton, bassist and singer Sergio Ortega and drummer and singerJimmy Meier.  Developing a passionate interest in music as children, all four have been mastering their instruments from an early age.  When Stanley moved to NYC to attend college at NYU / Tisch’s Clive Davis Institute of Recorded Music, he was determined to start a band.  After a little trial and error, he was introduced to New Jersey native, Mike Lefton.  A brotherhood was formed instantly as the two found musical commonalities beginning with their influences and energetic work ethic.  And the beginnings of a band was formed.  Mike reached out to fellow New Jersey native, Jimmy Meier to give the band a beat.  With a gig booked, they scrambled to find a bass player.  A friend recommended an unlikely fit, Sergio Ortega.  Unlikely because Ortega is also an incredibly talented musician better known for guitar, banjo and mandolin and has toured the world as guitarist and musical director for Broadway phenomenon, Ramin Karimloo.  The group asked Sergio to sit in for that show and never let him leave.  It’s the kind of band fans dream about – THE DIVES don’t just spend time together for rehearsals and performances, they are brothers brought together by a common goal, shared passions and a twisted sense of humour.

Unfortunately, musical assumptions arise when people make the connection between Evan and KISS frontman, Paul Stanley.  Yes, Evan is the son of the rock legend but he makes it clear that THE DIVES are forging their own musical path, “You won’t hear anything that sounds like KISS at The Dives’ show.”

2017 is already a very exciting year for THE DIVES.  With the release of their debut EP, Everybody’s Talkin’, a UK tour that afforded them the opportunity to play to audiences numbering in the tens of thousands, the band is performing throughout the summer and heading out for a national tour in August.  Be sure to follow them on all social platforms for daily updates and be sure to catch a show near you! 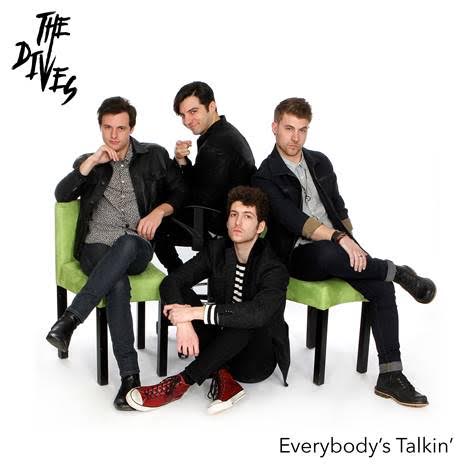