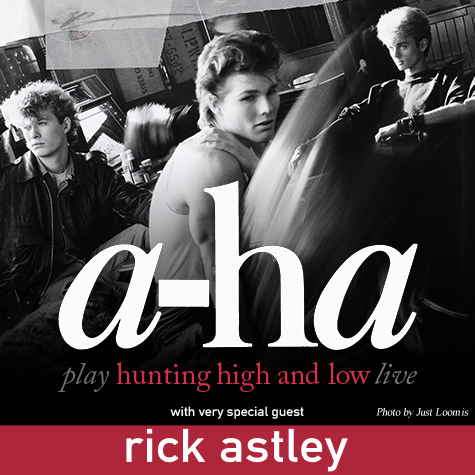 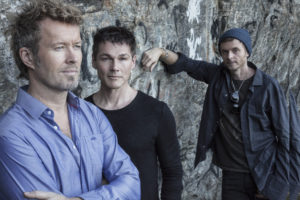 Roundhouse Entertainment and Frontier Touring are excited to announce the return of pop iconsa-ha for their first Australian tour in 34 years next February and March. a-ha will also tour New Zealand in what will be the band’s first ever visit to the country, and also mark the return of a day on the green to New Zealand. They’ll be joined by very special guest Rick Astley at all their Australian and New Zealand shows.

The Norwegian trio, who dominated pop charts worldwide during the ’80s, are celebrating the 35th anniversary of their hugely influential debut album Hunting High And Low and will be performing the classic album in full as well as other favourites from across their career. Selling more than 11 million copies worldwide, it includes the unforgettable Take On Me, which reached number one on the Australian charts, as well as follow-up hits The Sun Always Shines On TV, Train Of Thought and the title track.

a-ha – singer Morten Harket, keyboardist Mags Furuholmen and guitarist Paul Waaktaar-Savoy – have sold more than 55 million albums and remain one of the UK and Europe’s most loved pop bands, regularly playing stadiums and festivals. However, they have not ventured to Australian shores since 1986 and not surprisingly they are also excited about making their long-awaited debut in New Zealand.

“We have so many great memories of our Australian tour of 1986 and look forward to making new ones. And we can’t wait to play in New Zealand for the first time – we’ll be comparing your fjords with our Norwegian ones!”
Paul Waaktaar-Savoy
Joining a-ha to make this one poptastic event not to be missed is another superstar who dominated the ’80s, Rick Astley.With a treasure trove laden with shimmering pop hits, a-ha and Rick Astley are set to thrill fans with shows in Melbourne at Margaret Court Arena on Sunday February 23; ICC Sydney Theatre on Wednesday February 26; as well as a day on the green events at Perth’s Kings Park & Botanic Gardens on Wednesday February 19; Rochford Wines, Yarra Valley, VIC on Saturday February 22; Bimbadgen, Hunter Valley NSW on Saturday February 29; and Sirromet Wines, Mount Cotton, QLD on Sunday March 1.

The a day on the green events in Australia will also feature synth-pop stars Pseudo Echo andI Know Leopard.

In New Zealand, a-ha and Rick Astley play Christchurch’s Horncastle Arena on Thursday March 5 and a day on the green at Auckland’s Villa Maria on Saturday March 7.

Joining a-ha and Rick Astley at a day on the green in Auckland will be New Zealand indie pop band The Beths.